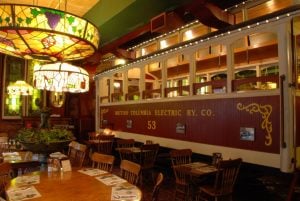 If you haven’t been to the Old Spaghetti Factory in Gastown, you may get a side of spookiness along with your pasta.

Gastown is home to many ghost tales and as it turns out, restaurants are not exempt from a ghoulish visit. The American food chain location has been at its spot on Water Street since 1970, where it’s stuffed with antiques and a trolley.

But there is plenty more to see inside the restaurant, including the faces of several ghosts.

Spaghetti Factory’s trolley was first installed in the restaurant 50 years ago, but its history dates back to 1904. Over its many years inside the spot, people have claimed to see a train conductor at the helm.

“Many people, customers and staff members alike, have claimed to have seen a man dressed in a conductor outfit in and around the trolley,” states the Old Spaghetti Factory.

There are speculations about what happened to the train conductor. Some say he may have died in an underground collision or appeared when the train was installed in the restaurant.

Either way, staff members said they have seen a man in full uniform after closing, sitting at a table in the tram. Staff even attest to seeing cutlery move on its own. 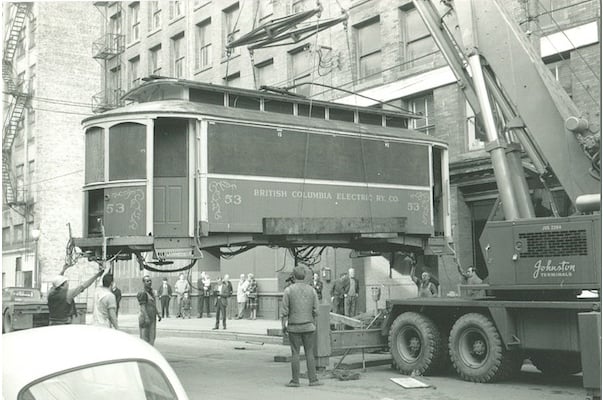 There are also stories of a little man with flaming red hair and a ruddy face, who calls out staff members by name. He also likes to surprise women in the washroom, as two people said they saw him laughing at them and then left through the bathroom door. One woman took a photo of him, but it showed up as a blur.

In 2012, a server was closing up for the night when she saw a little boy run past her. Thinking it was strange as the restaurant was closed, the server followed him to where he ran under a table. The boy looked up at her with empty eye sockets. The server was so terrified, she resigned on the spot.

The little boy’s name is Edward, according to a visiting physic.

Edward has been seen by many people since. Another employee had the same experience, where she followed the little boy until he hid under a table. She went to get the manager, but upon returning, the ghost disappeared, leaving cutlery piled at the table’s center.

Other employees said they think the little boy is responsible for bending cutlery in the restaurant. When the manager comes by to see it, however, the cutlery is back in its normal shape.

One customer saw the boy’s reflection in the mirror as he was spinning around a column near the front desk. When she turned to look at the boy, he disappeared.

A Balloon in Hand

Holding a red balloon, the ghost of a little girl often appears at a table by the front window. The general manager’s friend said they once had a conversation with the girl over several minutes. The little girl said she was looking for her mother, but when the friend left the table to tell the manager, the ghost disappeared.