There have been some mega movie productions in Vancouver throughout the year including Deadpool 2 starring Ryan Reynolds, Dwayne “The Rock” Johnson’s Skyscraper and the highly anticipated Predator franchise installment.

The previous novel adaptation for A Dog’s Purpose starred Riverdale‘s KJ Apa and filmed in Winnipeg. This time around Ashley Judd stars in the Vancouver production.There are currently three books in the novel series by W. Bruce Cameron who also wrote 8 Simple Rules for Dating my Teenage Daughter which was adapted into a sitcom.

Kentucky born fashion model and actor Boyd Holbrook is back in Vancouver for a couple weeks shooting a drama. He was in town earlier this year shooting Predator. He is also known for playing Steve Murphy in Netflix’s Narcos and Pierce in Logan.

#Predator2018 – 30 year Anniversary. #makepredatorgreatagain. Everyone is in for a treat.

A Sister’s Obsession
Scheduled until December 2, 2017

It sucks getting old…but it beats the alternative!! #BC #mountains #hiking

Over half-a-dozen TV movies wrapped up around town in November including biopics, mysteries and holiday movies. Perhaps the biggest production of the year, and certainly most buzzed about, was Skyscraper starring Dwayne “The Rock Johnson”, Neve Campbell, and BC’s own Pablo Schreiber. Pr-production and location scouting took place earlier this year while main production and filming went from August – November 2017. The blockbuster is slated for release on July 13, 2018.

I got you. Final week of shooting our action thriller #SkyscraperMovie. Intense and emotional 14 weeks with my phenomenal co-star @nevecampbell. Lucky man to share the big screen with such amazing, strong & beautiful women throughout my career. Thank you, Neve for your trust and I’m happy to drop blood and sweat for you any day to get the job done. Let’s finish strong. 💪🏾 #IGotYou #SkyscraperMovie @hhgarcia41 📸

A number of big movies are already in the middle of pre-production and scheduled to shoot around town in the New Year:

Bad Times at the El Royale starring Chris Hemsworth, Jeff Bridges, Cailee Spaeny and Cynthia Eriv is scheduled to shoot from January 29 to April 6, 2018. Drew Goddard made his directorial debut in 2012 with The Cabin in the Woods which also starred Chris Hemsworth. He is also known for being an Executive Producer in 2015’s space movie The Martian starring Matt Damon.

Unabomb starring Viggo Mortensen is expected to start production in January, previously fall 2017. Mortensen is known for playing Aragon in The Lord of The Rings franchise as well as for his dramatic roles in movies like The Road, A History of Violence, Eastern Promises and A Dangerous Method. He stars in this crime-drama manhunt movie about the FBI search for the notorious domestic terrorist Ted Kaczynski aka the Unabomber. 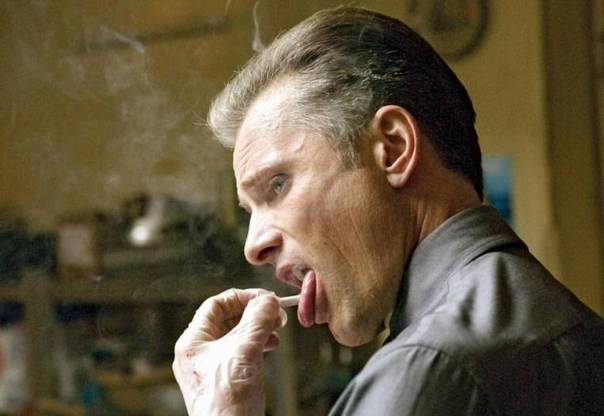 Hellfest the horror movie is expected to start production in January and be ready for release by Halloween 2018.