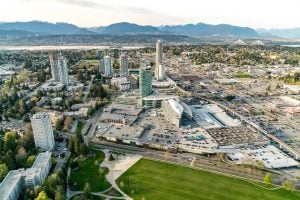 The Surrey RCMP are attempting to crack down on gangsters with a new program.

The Surrey RCMP, together with the City of Surrey, BC Restaurant and Food Services Association (BCRFA) and Restaurants Canada, are launching the Inadmissible Patrons Program (IPP) across the city.

This program will “further support public safety and deter individuals who are associated to violent crime from being in Surrey” reads an online statement.

How The Program Will Work

The Surrey RCMP Gang Enforcement Team (SGET) developed the IPP in conjunction with restaurant partners. It’ll help prevent violent criminal activity in and around licensed establishments to increase overall public safety as well as the safety of restaurant/bar patrons and staff.

This program “will work to protect the safety of patrons, staff and the general public by giving police the legal authority, through authorization agreements and the BC Trespass Act, to remove individuals deemed as “inadmissible patrons” from participating establishments”

Likewise, an inadmissible patron is defined as “a person whose lifestyle, associations and/or activities pose a risk to public safety, either directly or from third parties”.

This includes anyone who is involved with or associated to organized crime, gangs and the drug trade.

IPP was created following a key recommendation in the Mayor’s Task Force on Gang Violence Prevention Report, which was released in July 2018 and the 2017 BC Task Force on Illegal Firearms.

“The Inadmissible Patrons Program is one way that business owners, the City, and the RCMP will be sending a clear message to gang members that they are not welcome in Surrey,” says Assistant Commissioner Dwayne McDonald, Surrey RCMP Officer in Charge.

Surrey isn’t the only city to have such a program.

“After seeing the success the Restaurant Watch program had in significantly reducing gang violence in and around Vancouver restaurants, many of our members have been asking for similar programs in their municipalities,” says Mark von Schellwitz, Restaurants Canada Vice President, Western Canada.

Participating establishments will display this IPP logo in their window or other prominent location:

Surrey’s new IPP is being rolled out in a graduated approach with seven restaurants and bars participating in the initial launch and more being added as the program grows.

There’s also future plans to have the program cover major public events in Surrey and possibly other types of businesses in the future.