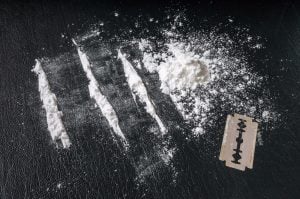 “We attended 4 serious overdoses in N. Delta today. All revived by Nalaxone” reads a tweet.

We attended 4 serious overdoses in N. Delta today. All revived by Nalaxone. Three individuals believed they were using cocaine. DYK – If you’re using with someone who ODs, the Good Samaritan Drug Overdose Act can protect people who call 9-1-1 https://t.co/6fdIgk9PCL pic.twitter.com/LOGALHQfsU

According to police, three people are believed to have been using cocaine.

Officers also took this chance to let people know about the Good Samaritan Drug Overdose Act that can “protect people who call 9-1-1”.

The Good Samaritan Drug Overdose Act, which came into law in 2017, provides some legal protection for individuals who seek emergency help during an overdose.

Drug Deaths In BC

Earlier this month, updated reports from the BC Coroners Service revealed that drug deaths in BC are on the decline for the first half of this year.

Nonetheless, drug deaths continue to be a problem in BC and one expert has a unique proposal to help with this public health crisis.