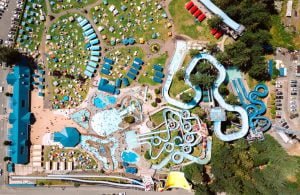 It’s official, one of BC’s classic summer traditions will continue as Cultus Lake Waterpark and Adventure Park have announced plans to reopen this summer.

Originally opened, owned, and operated by a local family, Destination Cultus has become one of the province’s most popular summer traditions since 1984.

Cultus Lake Adventure Park will open on July 1, with Cultus Lake Waterpark opening a week later on July 8, 2020. That said, it won’t be business as usual. The waterpark has lost a third of its season due to COVID-19 restrictions, but plans on opening in a new format to serve its community.

In an e-mail to 604 Now, Destination Cultus stated their first and foremost priority is the safety of employees and customers, so there will be precautions in place. That includes adding physical distancing rules and reducing capacity.

Here’s what you’ll need to know before going to Cultus Waterpark and Adventure Park this summer:

To see what else is happening in the city, head to our Events section.