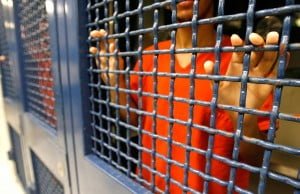 Apparently many Canadians believe in an eye for an eye, as more than half would support bringing back the death penalty.

An online survey recently asked Canadians what they thought of bringing back capital punishment for those convicted of murder. Of those surveyed, 51% voted in favour of bringing it back.

RELATED: BC Drivers Refusing Breathalyzer Will Soon Face Criminal Charges, Even If Sober

“A sizeable majority of Canadians who are in favour of the return of the death penalty believe it would save taxpayers money and the costs associated with having murderers in prison,” said Mario Canseco, president of Research Co.

Of the people for the death penalty, 60% believe the punishment fits the crime – so, an eye for an eye.

For those who were against it, 73% cited the possibility that the person may be wrongly convicted as their decision maker.

Support for capital punishment was highest among Canadians who are 55 years and older. That number sat at 56% in favour.

Numbers varied per province, with 54% of people in B.C. voting in favour of it. The survey also looked at the U.S., where 59% of Americans were for capital punishment.

This study spoke to 1,000 Canadian adults between February 7-9th, while speaking to 1,000 Americans around the same time.

For more Canadian news, check out our News section.