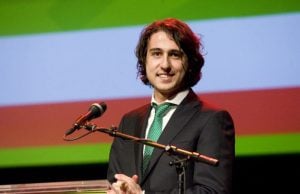 This week in Canadian pop culture, Justin Trudeau is in the news again. It’s (sort of?) about politics, and definitely, a good reason to look at pictures of him, in case it’s been a while. In the arts and crafts department, Pamela Anderson has written a poem about Julian Assange and Feist will be releasing her first album in six years. Vancouver is gaining notice for its craft beer scene and Toronto takes smart cities to a subterranean meaning.

If You Squint, This Dutch Politician Looks Like Justin Trudeau 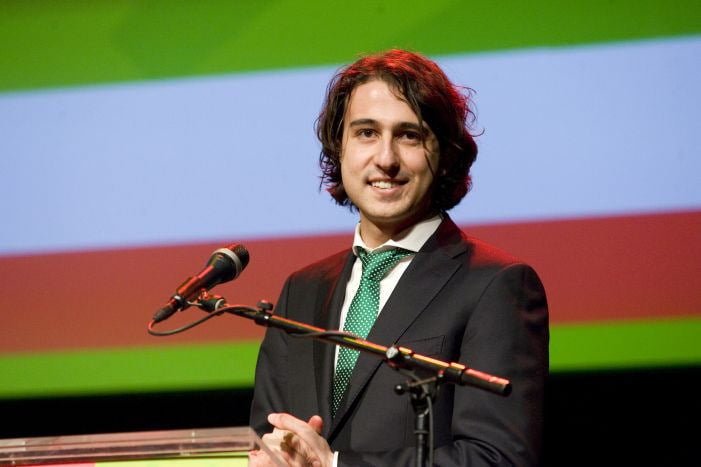 Jesse Klaver is the Dutch Leader of the Green Left party. He also bears more than a passing resemblance to Justin Trudeau, the Canadian Prime Minister. There have been tons of photographs comparing the two dark-haired, relatively young politicians side by side. In certain angles, Klaver looks like the European doppelganger to our PM.

It’s called “My Julian” and the first two lines are: “Julian Assange is the most intelligent, interesting, and informed man in existence./ Yes- I think he’s quite sexy.” Although the Wikileaks founder is living in the Ecuadorean Embassy in London since 2012 to avoid extradition to the US over rape allegations, Pamela Anderson wants you to know that they’re still friends.

Big Brother Is Watching You Poop

When you think of smart cities, start thinking about poop. Canadian cities are moving towards smart initiatives. This includes data being collected and analyzed in real time in order to better effectively deliver public services such as paying for parking by smartphone. This includes sewage surveillance where cities can track disease outbreaks but also citizens and their poop patterns. Innovation is a double-edged sword.

One Vogue writer believes it. Vancouver may just rank with the top craft beer cities in the US including Portland. As new rules allow public tasting rooms for small brewers, entrepreneurs have been opening breweries in East Van, Strathcona and Mount Pleasant neighbourhoods and it looks like the world is taking notes.

Remember when “1234” exploded? Let It Die? If you are a fan of the indie folk queen of Canada then this news will excite you. This week, Feist announced her first album in six years, Pleasure, will come out in April and has debuted the title track. “Pleasure” will bring back nostalgic memories.