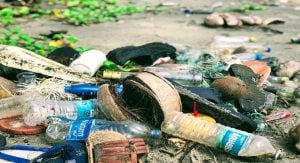 In the news industry, a “Friday news dump” occurs when an entity anticipates that a particular news story will shine a less-than-flattering light on them and strategically releases it just before the beginning of the weekend, in hopes that the news flies under the radar of journalists and readers who are enjoying their days off.

This was the conclusion to a years-long international, back-and-forth disagreement between Canada and the Philippines. Here’s what happened:

Shipping garbage to the Philippines was not a decision made with bad intentions. Countries like Canada and the United States regularly reach agreements with other countries — often in Asia — to process recycling.

The problem at the core of this incident was with the contents of what was sent. When the garbage was first sent, by Chronic Plastics, the batch of 103 shipping containers was declared to be recyclable plastic. However, while plastic was found, much of it was contaminated with household garbage and unrecyclable.

Following the initial arrival of the garbage in the Philippines, disagreements immediately arose. The Philippines refused to accept the garbage, accusing Chronic Plastics of violating the Basel Convention, an international agreement regarding hazardous waste disposal. Canada refused to take it back, claiming that the waste was non-hazardous.

In 2016, a Philippine court ruled that the garbage, which was costing the Philippines upwards of $700,000 USD to store, was to be returned to Canada. However, in 2017, Canadian Prime Minister Justin Trudeau cited Canadian laws and regulations that prevented Canada from accepting the return.

President Duterte then took offence, taking the refusal and the entire incident as a denigration of the Philippines. This would culminate in April 2019, when Duterte threatened to “go to war” with Canada if the garbage is not retrieved.

Selected by Environment and Climate Change Canada, a local Burnaby facility will now store and process the garbage. The 1,500-tonne load of garbage will be burned as part of a Waste-to-Energy program that converts waste into electricity that powers approximately 16,000 homes.