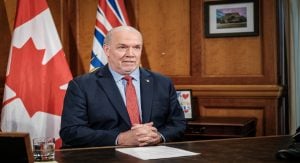 After nearly of month of being in a provincial State of Emergency, B.C. has extended it for yet another two weeks.

Premier John Horgan made the announcement Wednesday, saying the order will last until April 28th. The government will reassess the situation again at the end of the month.

The State of Emergency was first announced March 18th, where many businesses closed and people were urged to stay home.

Since then, provincial parks have closed as well as many other popular areas around Metro Vancouver.

When the State of Emergency was first extended, Horgan said the following two weeks would be crucial as to how B.C. manages the virus.

“What we do today will affect what our doctors, nurses and first responders face in the days and weeks ahead,” said Horgan in a statement.

With 1,517 cases and 879 recovered, the province has managed to maintain the highest recovery rate in Canada. It has also been seeing a low daily increase, since the long weekend.

For more stories around B.C., head to our News section.