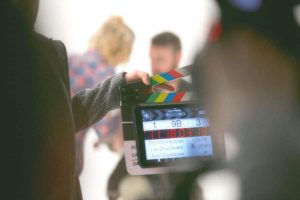 Fans of “Batwoman” will love to know that the Warner Brothers TV series will be filming in New Westminster this month.

The crew is reported to start filming along 777 Columbia Street (Anvil Centre), as well as 48 Begbie Street on two separate dates: January 20th and 26th.

Police will be on-site to help with traffic control (primarily from Carnarvon Street to Clarkson Street). They will also be there for the exposed weapons and safety use for the fight scenes.

🎞️For the local film shoot buffs…🎞️
Updated notice today for the 2 Batwoman shoots for next Wed the 20th & Tue the 26th.
Not sure if there are any changes since the last one I posted a month ago, looks the same, just confirmation it’s still on I guess.@yvrshoots @WhatsFilming pic.twitter.com/0NxO44P6Qo

The production company notes that while there will be no gunfire, atmospheric smoke will be used.

A crew is said to be setting up today, January 19th, the actual Batwoman filming starts as early as tomorrow morning until midnight. It will continue again next week, on Tuesday, January 26.