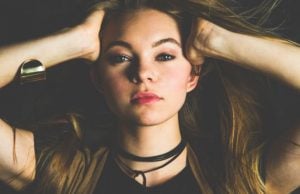 West Kelowna’s Taylor Hickson finds herself fighting for survival in a post-apocalyptic world in SyFy’s new series Aftermath. The dramatic sci-fi thriller is filmed here in Hollywood North and centers around a family of five battling through the aftermath of massive storms, meteor strikes, earthquakes and plague. That end-of-humanity scenario has a little more complexity to it thanks to the rise of supernatural creatures.

The musician, singer-songwriter and actress also recently appeared in another Vancouver production, Marvel’s mega-hit Deadpool starring Ryan Reynolds. As a “small being with big dreams” Taylor has had the arts instilled in her from a young age and is well on her way of pursuing her musical and acting passions. We chatted with Taylor about her crafts and dramatic new role:

What was it like growing up in a small Okanagan Valley town, Kelowna, as a young musician?

The city of Kelowna is expanding all the time; it’s stunningly beautiful and a major summer vacation hotspot. Though, live music venues were sparse in the valley when I was first starting out, so finding gigs was a challenge. There was a program I was a part of called “Talented Kids” run by Ryan Donn which specialized in getting kids stage time and opening for well-known soloists and various bands. There were a few very well crafted young musicians and vocalists that I played with often. Bjorn Kriel was one of my very skilled songwriter buds, wicked on the guitar and beautiful vocals; he played in a few great bands and produces everything from soulful indie rock to jazz. Very skilled dude. We did a lot of festivals (Music in the Park, Fat Cat Festival, Dancing Barefoot), coffee shops, charity shows and I even got my busking license to play on the streets of our lakeside downtown just to stay musically active.

Do you remember your first attraction to music?

Growing up, I was surrounded by very musically inclined friends and family. There are videos of me when I was two going nuts to Dwight Yoakam in a diaper. I’d wake up on Sunday mornings to the sound of my Dad playing blues on a guitar blasting through an old amp, paired with the smell of bacon and coffee. I often watched my Dad play with his parents and his best friend, Dave Beaton. Every holiday and especially Christmas, we’d gather in the living room and play songs until we couldn’t sing anymore. One year, right after my 12th birthday, my Dad heard me singing in the shower (without entirely realizing anyone could hear me) and made the decision to purchase singing lessons for me days later as a Christmas gift. I remember pulling an envelope out of my stocking and thinking it would be something really awesome like concert tickets or a lot of money. Nope. It was a gift certificate for singing lessons with Terilyn Spooner. Immediately I refused, so my Dad negotiated that if I went to one lesson and hated it, I no longer had to attend. Just as long as I tried it.

My first lesson, Terilyn tried so hard to push me to sing a note higher than a whisper. It was utterly terrifying, embarrassing and I remember counting minutes in that room, yet I found myself at lesson number two. My love for being the centre of attention eventually placed me on stage, with my Dad singing alongside me on the guitar playing folk music. All my friends would come to my shows and be like “Who’s Neil Young?”. There’s nothing like live music, it’s riveting. It’s comfort; you go to another place and you just can’t find that adrenaline anywhere else. At 13, my Dad bought me my first guitar, a Seagull acoustic. I taught myself how to play so I could begin songwriting for myself. I’d fall asleep playing the same three chords and wake up with the guitar still in my hands. I’d play until my fingers were raw. I still wake up at three in the morning with a song pouring out of me.

What are your favourite instruments to play and why?

Definitely guitar and piano. I’m classically trained in piano theory. Both are such incredible instruments visually and musically. Someone once told me music always waits for you. I thought that was so beautiful. It’s something I never tire of. 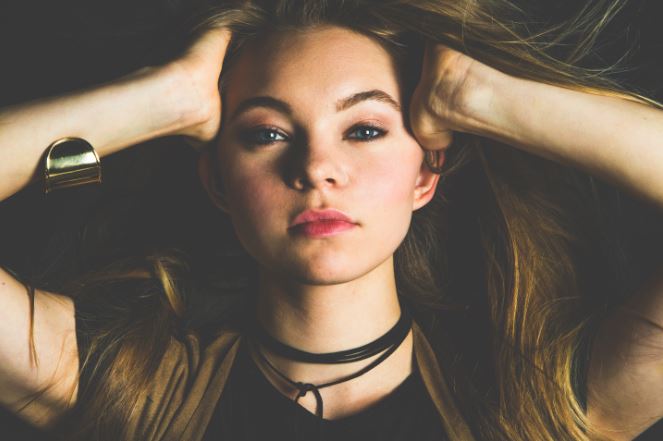 How did you pursue a career in acting?

Rather, it pursued me. I’m an accidental actress. When I was 16, I made the choice to graduate high school a year early to work on my career in music. 6 months after graduation, my aunt who’s an established actress contacted me over Facebook and explained that a new agent determined to work hard in his field, had joined her agency and was looking for teens to fill his roster. I commented that I had no experience and probably wasn’t suitable for his search. She mentioned experience was no problem, she had showed him my photo and he’d found my look unique and interesting, sparking his interest. I clarified I rarely came down to the city, being four hours away. She said to let her know next time I was coming down and she’d arrange a meeting with the agent. That following weekend, my sister had a soccer tournament in the area, so I went in and auditioned for him; he signed me that day. In the following months, I would drive four hours to and from every audition multiple times a week.

What was it like to play Meghan Orlovsky alongside Ryan Reynolds in Marvel’s Deadpool filmed here in Vancouver?

It was a blast. They were the last days of filming, as well as night shoots, and I think the crew and cast were very overtired and it made for a silly, playful shoot. Ryan was a wicked guy, extremely funny, very witty and sarcastic. I think he brought a lot of himself into the character.

What’s different about SyFy’s Aftermath series than other apocalyptic thrillers?

It’s based on a family. They took a lot of elements from various cultures and religions and the many depictions of the end of the world. It’s loosely based on the Book of Revelations, and the writers incorporated many aspects from around the world. There’s something in the series for everyone. I think it roundly represents the inevitable, these storms and plagues have been occurring in OUR world recently, and we bring that very real sense of impending doom into the world of Aftermath. Although there are many mythical creatures, there is a very humane connection within the family. In reality, when you think about your last moments, it is always family. People you love. That’s what is so raw about our show. Also… we are quite zombie free. For now.

Does your character Brianna share any similar traits with you?

Many. She’s very outspoken, sarcastic, social. She’s the combative version of me. She’s way too cool; a very strong character and I hope Taylor’s geekiness remains unseen in her. We definitely share her impatience, her stubbornness and her temper. She might have a hardened exterior, but she loves with all she is. She loves hard and unconditionally, much like myself. Sometimes it sets her up for destined heartbreak, but it’s also the reason she fights so hard for the well-being of her family.

It was really fun to allow myself to remain the same hormonal drama queen I am at home; the sibling relationships are very much based off of my personal experiences, and my own childhood. I’m the oldest of four, and Bri definitely walks around like she owns that status. She’s a dream role and I fell in love with drawing life into her. 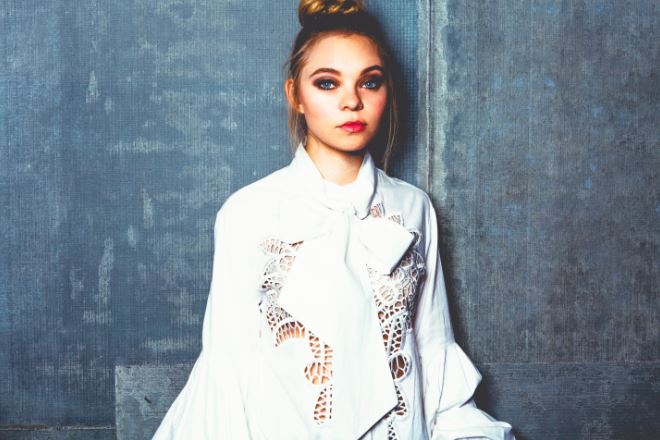 As an 18-year-old what do you do for fun in Vancouver?

With work, I didn’t get much time to go out and make friends. Most of them were on set! The hiking scene is incredible, so I found myself lost in the woods more often than not. My family visited frequently over the summer for sports mostly, so my weekends were filled with sunshine and my little brother’s baseball tournaments or my little sister’s soccer games. The ethnic cuisine is incredible in Vancouver, so I explored a lot with food. Such a clean, beautiful city.

Advice for other young musical and acting talent?

In life, there are two things you must remember: