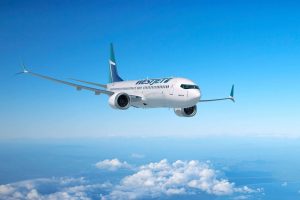 The news comes after the carrier faced its first quarterly losses in 13 years. As such, the move aims to reduce capacity to meet consumer demand, and thereby reverse some of the damage.

Flyers can expect to see reduced service between Vancouver, Edmonton and Calgary. In addition, they are reducing travel between Calgary and Denver, Edmonton and Phoenix, as well as Winnipeg and Palm Springs.

Sadly, residents of the Lower Mainland will lose some flexibility with their holidays to Mexico, too. The carrier is cutting travel to Mexico City completely, and trimming back a number of destinations. These include routes from Vancouver to Cancun, Puerto Vallarta, and Cabo San Lucas.

In fact, many people feel the carrier is far more trustworthy than its rival, Air Canada. What’s more, it often offers much lower cost options on a variety of routes, such as Las Vegas, Mexico, and the Maritimes.

With that being said, they recently launched a low-cost carrier called Swoop. Calling themselves the “Robin Hood of all Airlines,” they enable more residents the opportunity to travel for far less than the cost of regular WestJet and Air Canada tickets.