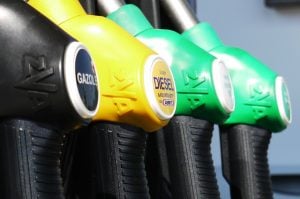 According to Gasbuddy.com analyst Dan McTeague, local gas stations will hit 169.9 cents a litre on Friday.

On Thursday, before the jump in prices on Friday, gas pumps will hit 168.9 cents a litre.

Back in April, the Canadian Taxpayers Federation started on online petition to scrap the BC Carbon Tax.

“The price of gasoline in B.C. is high because the B.C. government keeps increasing taxes on gasoline and diesel and fighting pipeline expansions” reads the petition.

On April 1st, a price hike for the provincial carbon tax took effect. As a result, this adds a 1.14 cents a litre increase for British Columbians when they fill up their vehicles. What this means is that the carbon tax has increased from $35 per tonne of Co2 to $40 per tonne. In 2018, the first of four annual carbon tax increases took place.

In addition, John Horgan and his NDP government have fiercely opposed the Trans Mountain pipeline expansion, who many believe can help decrease gas prices in Metro Vancouver.

A quick search on GasBuddy.com shows that the cheapest gas price in Vancouver as of Thursday morning is 156.9.