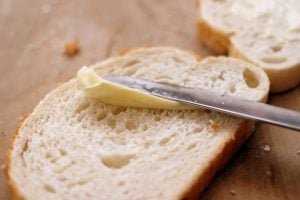 It is commonly known that it was illegal to consume or sell alcohol in Canada during prohibition; however, it may shock residents to learn that margarine was also an illegal substance.

In fact, margarine didn’t become legal in the province until March 24th, 1949. Now, you may be thinking that the spread is a relatively new concoction, but this is not so.

According to Wikipdedia, it was, “created it in France in 1869 when responding to a challenge by Emperor Napoleon III to create a butter substitute from beef tallow for the armed forces and lower classes.”

The imitation butter spread had the potential make a serious splash on the Canadian marker, but this made dairy farmers uneasy. With the rise of its popularity, the substance was banned across Canada in 1886.

With that being said, the nation temporarily lifted the ban from 1917 to 1923 during the Second World War.

RELATED: The History Behind The California Roll And Its Vancouver Link

Once legalized, the spread had a great deal of restrictions. For one, it wasn’t allowed to be yellow, as that made it appear more like butter. As a result, the first Canadian instalments were white.

“Margarine had to be clearly labelled, couldn’t be used in any provincial institution, and was forbidden from resembling butter in shape or colour. After a hard-won victory, Vancouver would go on to produce the first commercial margarine in the country. Anecdotal reports indicate that early consumers couldn’t believe it wasn’t butter,” reports the Tyee.

Quebec was the last province to change its laws regarding the colour of the product. Prior to 2008, the province strictly enforced that the spread was white.