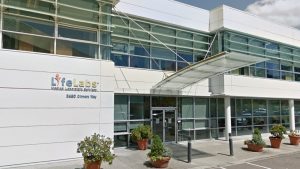 Earlier this week, LifeLabs revealed that about 15 million people may have had their private data exposed during a cyber-security breach.

LifeLabs is the largest medical testing lab in Canada, and the data breach is expected to have primarily affected those in Ontario and British Columbia.

We recently identified a cyber-attack that involved unauthorized access to our computer systems. We are sorry that this incident happened. The data has been retrieved, and a law enforcement investigation is underway. For more info, visit https://t.co/gUYdHeR0Kh.

According to CBC News, the breach occurred on Monday, October 28th. The breach was then reported to privacy commissioners on Friday, November 1st.

When asked why the public was not informed of the breach until this week, BC Health Minister Adrian Dix said that there was concern about follow-up attacks.

In a letter to LifeLabs customers this week, President and CEO Charles Brown said that the breach involved “unauthorized access to our computer systems with customer information that could include name, address, email, login, passwords, date of birth, health card number and lab test results.”

The data was leveraged by hackers to demand a ransom, which LifeLabs said it paid.

According to Brown’s letter, cyber-security firms have informed LifeLabs that “they have not seen any public disclosure of customer data as part of their investigations, including monitoring of the dark web and other online locations.”

Cyber-security experts have noted that customers could now become targets of identity theft, medical fraud, and blackmail as a result of the breach.

In response, LifeLabs CEO Charles Brown said that “any customer who is concerned about this incident can receive one free year of protection that includes dark web monitoring and identity theft insurance.”

As of now, there is no word on how customers can identify whether or not they their data has been accessed.