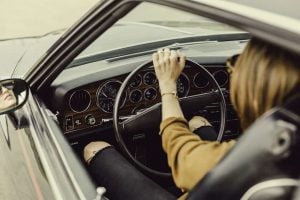 Having a hyphenated surname is common for many British Columbians, but a frustrating issue is surfacing for people who have them.

In April of 2016 ICBC changed their policy regarding marriage certificates, stipulating that they were no longer sufficient proof of identity.

While most government agencies in the province allow the certificates as proof, the auto-insurance provider stipulates that a person must pick their maiden name or take their their spouse’s last name. Alternatively, they also say that people can opt for a complete name change in this situation.

Obviously, none of these situations are preferable to people with newly hyphenated names.

CBC interviewed Christine Therriault-Finke, a woman who was married over 2 decades in Ontario and resides in Rossland, BC. While she has had a hyphenated name for many years, she is running into problems.

This is mostly because of BC’s Identity Card. CBC notes that, “British Columbia’s new identity card is at the centre of the two women’s problems. That is because the name of an individual on the new card, the name on an existing driver’s licence and previous CareCard must all be identical.”

While people with previously hyphenated names will be grandfathered onto their new cards, anyone who did not have a hyphenated name will face issues. Changing a name is expensive and time consuming, and many people are outraged over these new policies.

People have started an online petition in favour of ending ICBC that already has 10,000 signatures.