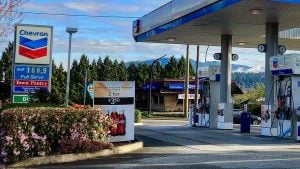 On Friday, the British Columbia Utilities Commission (BCUC) revealed their findings of an investigation into high gas prices in BC.

Back in May, the BCUC was asked by Premier John Horgan to investigate what causes such high gas prices in the province.

The Inquiry into Gasoline and Diesel Prices in British Columbia found that there is an “unexplained 13 cent per litre differential” between the Vancouver and PNW wholesale gasoline prices.

In Northern BC, the report discovered that there is an unexplained difference of six cents a litre.

“To illustrate the impact of this, for gasoline, every 1 cent per litre premium costs consumers $49 million per year” reads the report.

However, the report did highlight that there’s no “disconnect in diesel prices between BC and the rest of Canada”.

As for retail margins, this report shows Vancouver’s accelerated growth since 2015.

“Reported retail margins for gasoline sold in BC are higher than other parts of Canada and, with respect to Western Canada, this divergence has increased since 2015”.

It’s no secret that gas prices in BC has been going up for years, which is why the investigation also examined if there was collusion between oil companies, but no evidence of this was found.

So what will make gas prices go down?

David Morton, CEO of the British Columbia Utilities Commission says regulation could potentially improve prices at the pump, but further investigation would be needed.