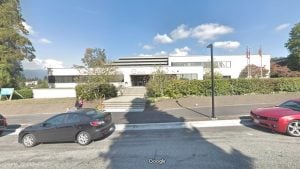 An incident on Wednesday around noon between North Vancouver police and a distraught man resulted in several buildings and streets near East 23rd Street and St. Georges Avenue to be locked down.

According to reports, a man with long grey hair, wearing dark-grey trousers and a black coat arrived outside the courthouse around 11:30 am. The man was heard screaming, and witnesses claim that the man was allegedly carrying a knife.

Police and a SWAT team-like emergency response team were called to the scene, and the man was peacefully apprehended. The lockdown has since been lifted.

A witness who works in the neighborhood claims that a man was heard similarly protesting outside the courthouse on Tuesday.