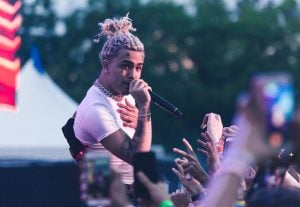 It may have been one of Vancouver’s most highly anticipated music festivals of 2018; however, the BREAKOUT festival turned out to be a disappointment to many people this weekend.

For one thing, the festival’s biggest, in addition to headlining act, Migos, cancelled at the very last minute. To add insult to injury, the new headliner was none other than Lil Pump. Of course, not everyone was thrilled by the substitution.

As the city’s first ever, outdoor hip-hop festival, the organizers had previously stated that, “BREAKOUT aims to lead Vancouver in hip-hop / R&B music festival experiences.”

Of course, BREAKOUT added that Migos cancelled “For reasons beyond our control.” Further, Migos added, “We love Vancouver and really wanted to make it to BREAKOUT Festival tonight. We hoped you continue to support this festival. We’ll make it up to y’all soon.”

For reasons beyond our control Migos didn’t make it to Vancouver tonight.

From Migos “We love Vancouver and really wanted to make it to BREAKOUT Festival tonight. We hope you continue to support this festival. We’ll make it up to y’all soon. “ pic.twitter.com/lc2RU5kICv

While the 17-year-old rapper has a massive following, his performance left something to be desired. For one thing, he wasn’t prepared to take Migos’ slot. Or, if he was, he really dropped the ball, because he played three songs twice to pass the time.

As a result, a number of people took to social media to convey their disappointment. Also, many fans feel they should receive full, or at the very least partial refunds.

breakout was such a horrible festival lmao.. I only went the last 3 hours for both days and they announced Migos canceling 10 mins before they were suppose to come on lolollolllll

breakout festival looked absolutely horrible, i’m so glad i didn’t waste my money for that

The festival was trash. Then the biggest headliner bails because they couldn’t pay them. Bad business. Not border issues. The Migos will be here Nov 4 & 5. You’ll see. This is a scam.

“lil pump will now be headlining breakout!” delete ur festival

To make matters worse, some people only attended the second day of the festival to see Migos. Further, Kodie Shane was unable to make his performance which pushed all of the other sets back one hour.