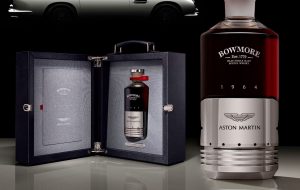 A rare 31-year-old scotch whisky inspired by James Bond is being auctioned off in Vancouver this February.

The Bowmore single malt is the first collaborative creation between Bowmore and Aston Martin. The rare beverage comes in a real 1964 Aston Martin DB5 piston and retails for a whopping $85,000.

There are only 25 bottles in the world (two in Canada, one of which is in BC). 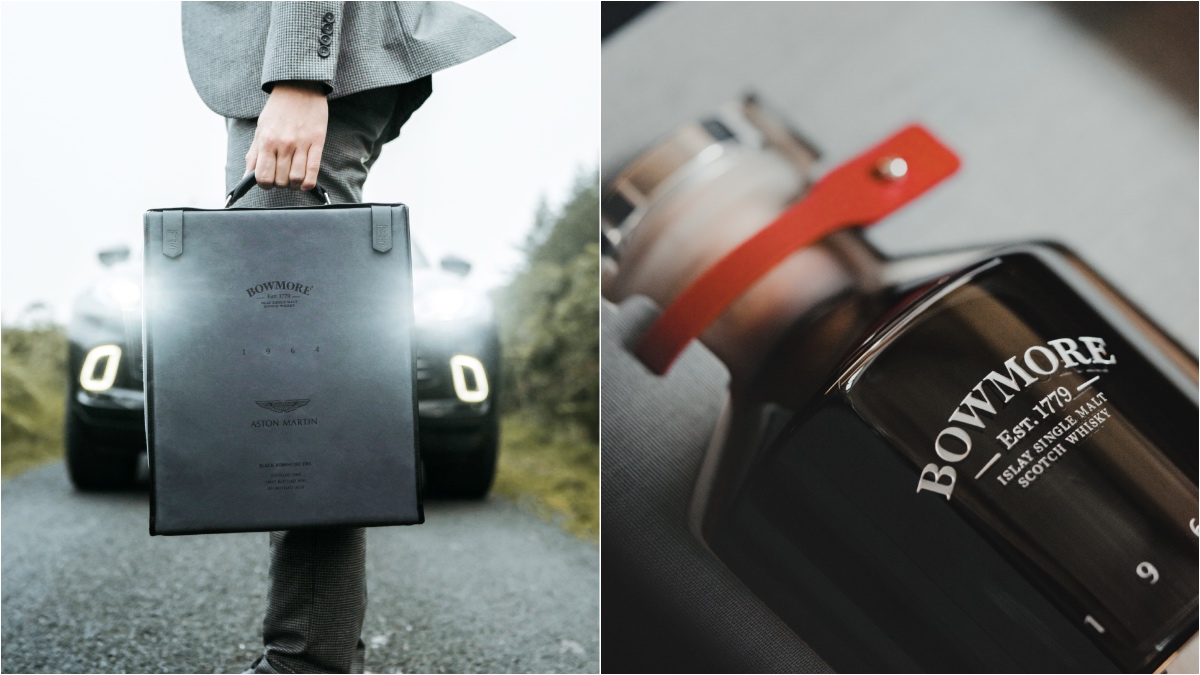 The unique collaboration between Bowmore and Aston Martin is being called a “celebration of time” as this is a milestone moment for both companies.

The handcrafted glass bottle houses the exceptional single malt known as Black Bowmore. The bottle is then fitted into a Aston Martin DB5 piston to pay homage to the 1964 James Bond movie ‘Goldfinger.’

The nod to 1964 represents a defining time of evolution for both Bowmore and Aston Martin.

The year was one of Bowmore’s most significant points in its 240 year history. It’s when the distillery changed its boiler system from coal to steam, which helped propel them into a more modern age of distilling.

With that, they created their signature Black Bowmore, which became one of the most sought-after single malts ever created.

One sip and you’ll be able to taste the intense flavours of mango, passion fruit in addition to acacia honey interwoven with a powerful combination of coffee and tobacco smoke. 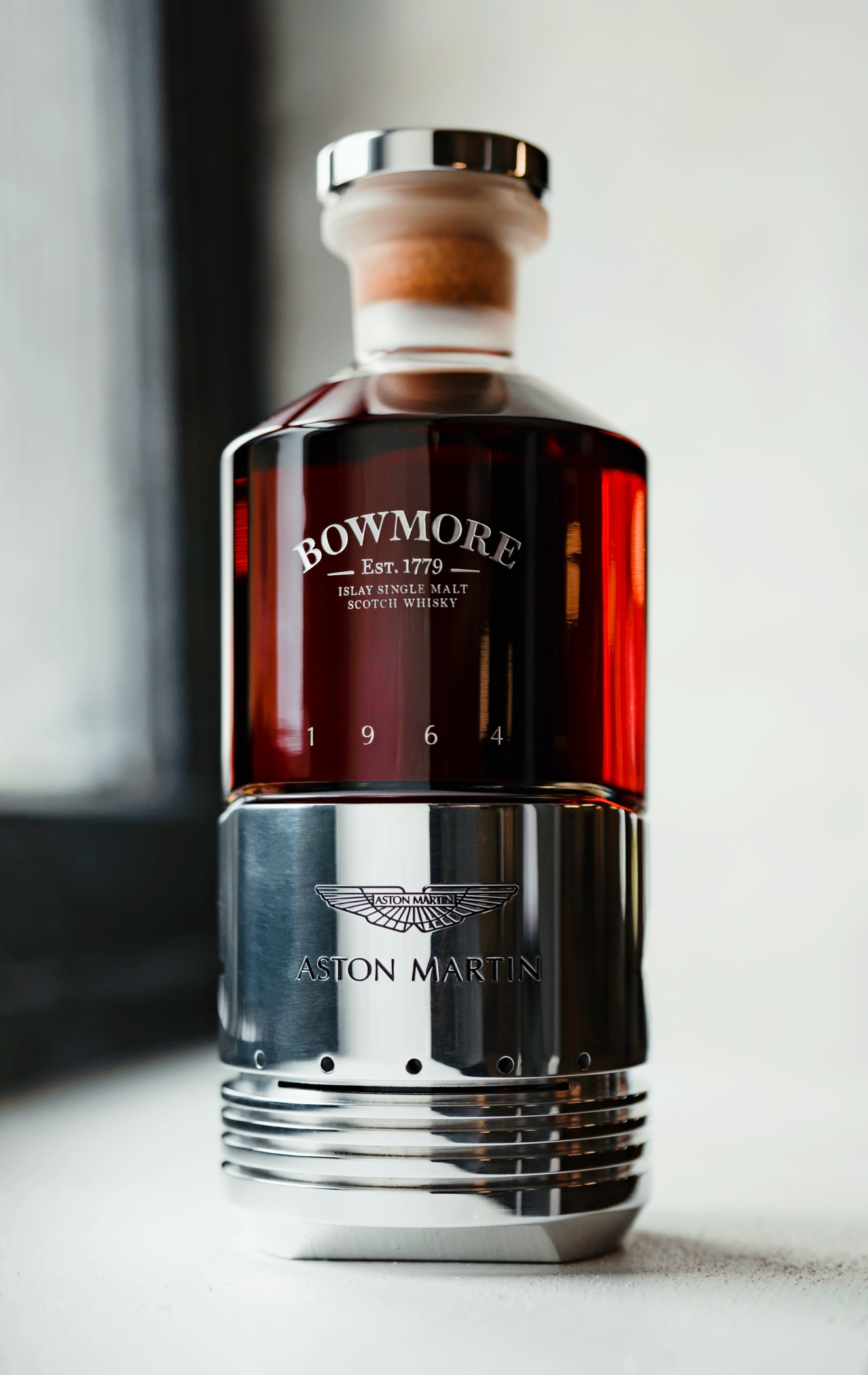 Only about 6,000 bottles of the Black Bowmore have been made available since 1993.

Bowmore states: “1964 represents a significant date in the modern history of the distillery. Not only a key moment in how we distilled our spirit, but perhaps even more significant as this very spirit went on to create Black Bowmore. These defining moments are fundamental to the history of Bowmore. This collaboration has allowed us to once again showcase this iconic single malt in the most incredible way.”

It was also a monumental time for Aston Martin and the debut of its most iconic car.

“This exciting new association with Bowmore gives us the perfect opportunity to celebrate a vital part of our star-studded history by combining the unrivalled appeal of the iconic DB5 with the cultured flavours of this world-renowned single malt,” said Marek Reichman, Executive Vice President and Chief Creative Officer of Aston Martin Lagonda.

The DB5 In Vancouver

Scotch enthusiasts can visit the BC Liquor Store at 39th and Cambie Street to enter the lottery for the opportunity to purchase the limited release between Feb. 5th to the 7th.

Only one entry is permitted per person and any duplicate entries will be voided.

The successful person will be notified via email between Feb. 11th and the 12th.

This is an incredible opportunity for fans of both Bowmore and Aston Martin to be a part of such a rare collaboration and therefore part of their history.

For more food and drink news in and around Vancouver, check out our Food section.

This is branded content. To learn more about the DB5 auction in Vancouver, please visit their event page online.