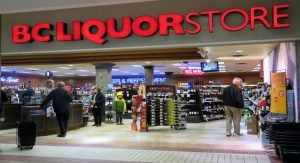 While BC Liquor Stores are considered an essential service, the chain said they will temporarily close its doors on Sundays.

The liquor store had announced last week that they would reduce store hours each day.

The company had changed its hours to 11 am to 7 pm Monday-Saturday, while they said Sunday would see hours reduced to 11 am-6 pm.

But now BCLS announced its closing all of its stores on Sundays. This is one of several new measures to reduce the possible spread of COVID-19.

Other measures include asking customers to pack their own liquor, as well as installing Plexiglass barriers between customers and employees.

So, if you’re planning on having a drink on your own this Sunday, head to BCLS before then.

Or you can order beer straight from several breweries across Vancouver.

For more stories around Metro Vancouver, head to our News section.