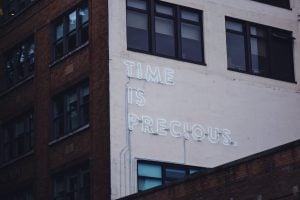 Vancouver’s vibrant art scene makes it well-known for its culture in addition to its breathtaking landscapes, with some of its public art installations being recognized all round the world.

Here’s a glimpse of some of the incredible artwork around town.

A gift given to Vancouver right before the 2010 Winter Olympics, these laughing men were installed by Yue Minjin in English Bay. Two years later, Chip Wilson and wife donated approximately $1.5 million to be able to buy the statues for the city.

Trans Am Totem. 🚗 One of the most unique public art installations in the city 🙌 📷 @mattpuds #VancityFeature

A solid representation of throw-away consumerism culture, this statue was installed in Downtown Vancouver (Quebec Street and Milross Avenue, specifically) in 2015 by Marcus Bowcott.

Should I Be Worried?

Located on the False Creek Seawall, the sign was created by Justin Langlois, as a way of bringing attention to all the qualms Vancouverites face – sea level rise, housing, personal worry.

Installed in East Vancouver in 2010 and created by Ken Lum, it was made as a graffiti descendant. The cross represents hope, divide, and travel across space and time.

Started at Lumberman’s Arch in the 1920’s, these totem poles located in Stanley Park celebrate First Nations culture. There are nine in total, the newest one added in 2009.

The Words Don’t Fit The Picture

Created by artist Ron Terada, this artwork prompts the public to look at the relationships between urban space and architecture. It also plays into the neon-light association Vancouver had going for it, having had almost 19,000 illuminated signs at one time.

Created by Dennis Oppenheim, this sculpture is located in English Bay and is nearly 30 feet high. It references traditional engagement rings in a pop art form, an open-ended comment on the precariousness of marriage.

This artwork created by IHeart was shared by Banksy himself, creating a giant worldwide sensation. It’s located in Stanley Park and is a comment on the reliance of social media.