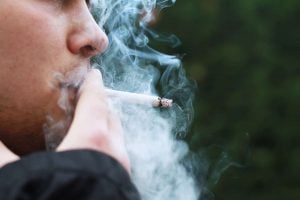 Later this week, a giant full moon named after a fish will illuminate Metro Vancouver skies. Sadly, residents may not have the opportunity to view it in all its celestial glory thanks to extremely high levels of toxic smog.

In fact, Vancouver’s pollution levels returned to the 10+, or “High Risk,” according to the BC Air Quality Index on Wednesday, August 22nd. As a result, residents are advised to reduce or reschedule strenuous activities outdoors, especially if they experience symptoms such as coughing and throat irritation.

What’s more, an App called Sh**t! I Smoke, shows a grim comparison of just how poor the local air is. The app converts levels of air pollution in cities into how many cigarettes you would need to smoke in order to reach the same level.

Unfortunately, the Metro Vancouver readings are not inspiring. While the region isn’t in the heart of the wildfires, the smog is extremely bad. As such, readings in the area are equivalent to smoking 6, 7, 8 or even more cigarettes. 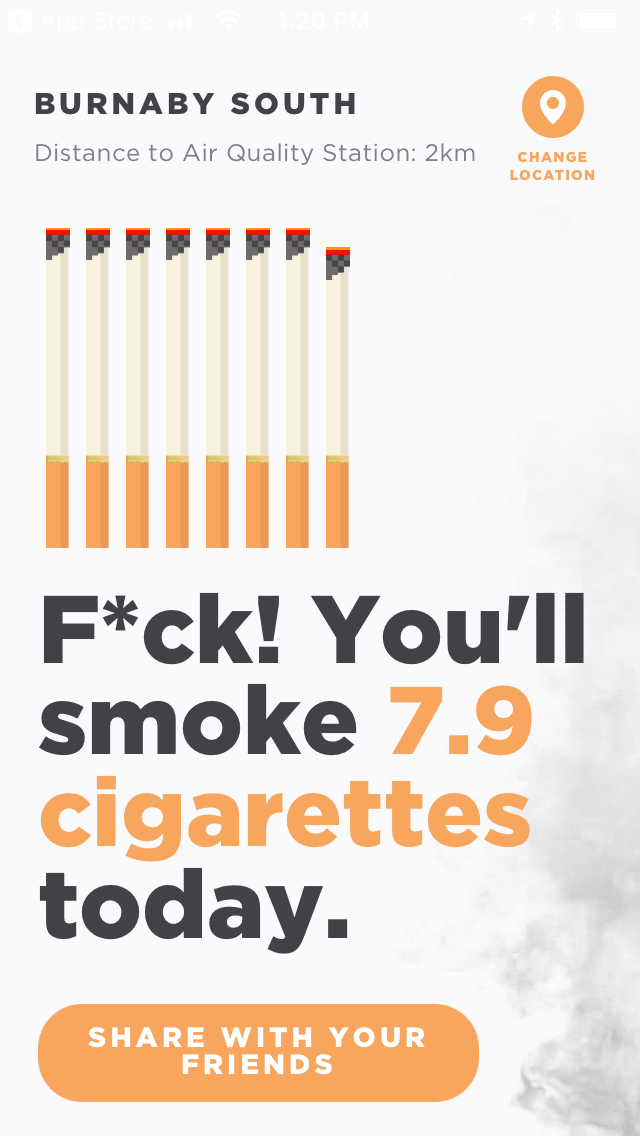 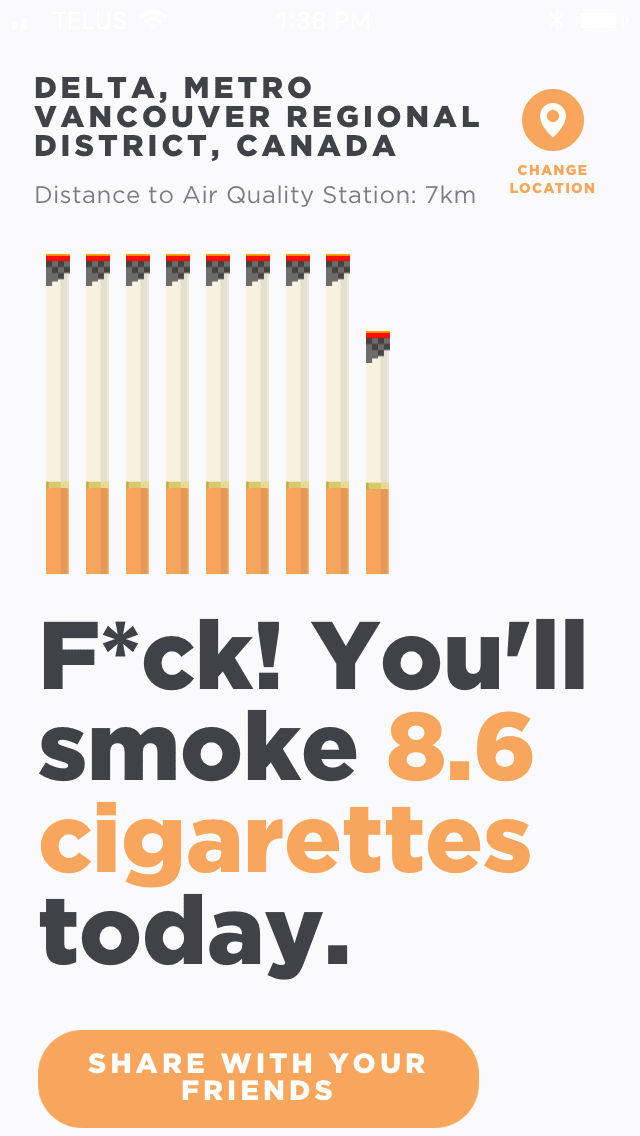 Perhaps even more disturbing, however, are readings throughout the rest of the province. Smoking 8 cigarettes is already cause for major concern. In fact, many studies say that doing so causes significant health problems.

Of course, smoking a great deal, such as 18 cigarettes per day, is shown to have a direct impact on one’s chances of developing lung cancer. With that being said, research suggests even light smoking has a negative effect on health.

“In both sexes, smoking 1–4 cigarettes per day was associated with a significantly higher risk of dying from ischaemic heart disease and from all causes, and from lung cancer in women. Smoking control policymakers and health educators should emphasise more strongly that light smokers also endanger their health,” reports the British Journal of Sports Medicine.

With this in mind, the conversion rating in Fort Saint James Airport of 32.2 cigarettes, is all the more disturbing. 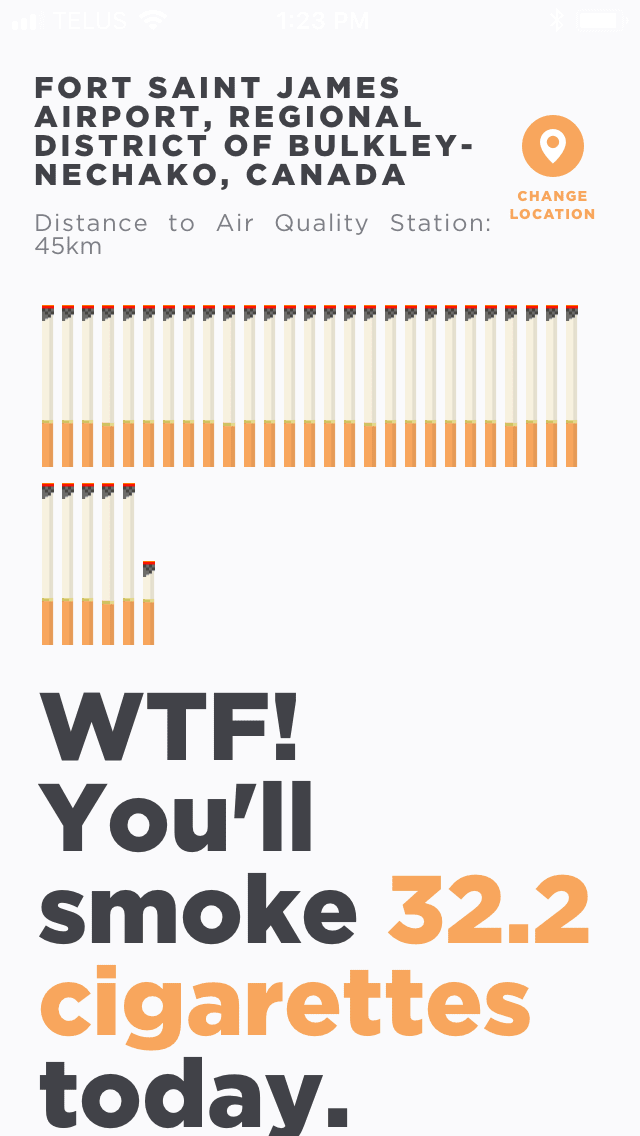 The app was inspired by Berkeley Earth’s research between findings tween air pollution and smoking. In addition, Berkley’s real-time air quality map shows that BC has the worst air quality in North America right now.

Last week, readings of a global air quality index of major world cities gave a chilling comparison. It gives the most accurate indication of pollution in real-time, at street level; BC’s levels were far higher than Beijing, and higher than Delhi.

While the wildfires are creating the smoke, lung irritation doesn’t come directly from the smoke, but rather the smog. Smog is formed when nitrogen oxides (pollutants emitted when fuels are burned) and volatile organic compounds (emitted from solvents) react in the air in the presence of sunlight.