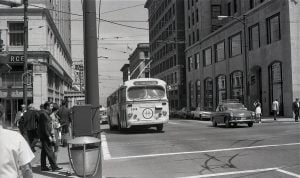 Like most things, the city has evolved a lot over the decades. Translink proves that Vancouver buses are no exception.

Angus McIntyre is a retired bus operator who spent an impressive 41 years behind the wheel. He provided Translink with these retro photos of the bus system that captured the physical transition over the years.

Take a look at these vintage photos of Vancouver buses from way back when. 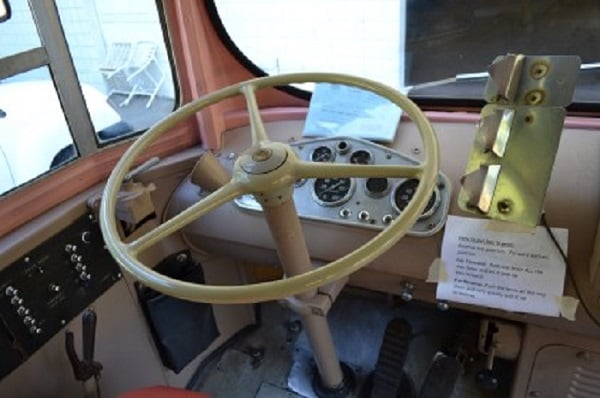 A look at the driver’s seat from the trolley bus back in 1954. 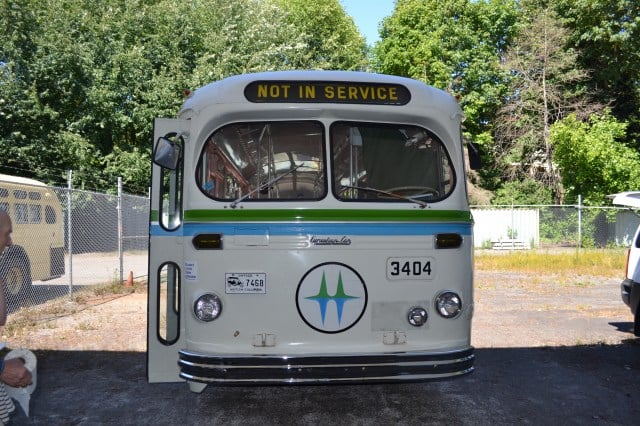 BC Hydro was the original transit authority, so the buses back then were in the company colours. 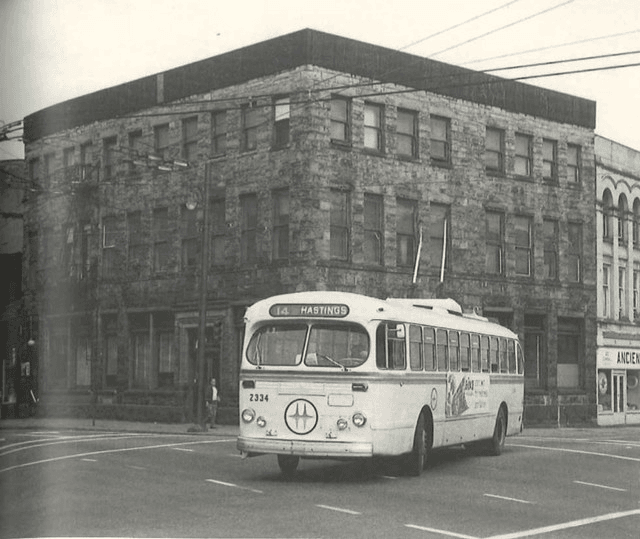 Here’s the 14 Hastings bus which was a Brill trolley. There wasn’t any power steering back then and driver’s also had to handle the money. Angus says he would be steering with one hand and had to fill the money changer with the other. 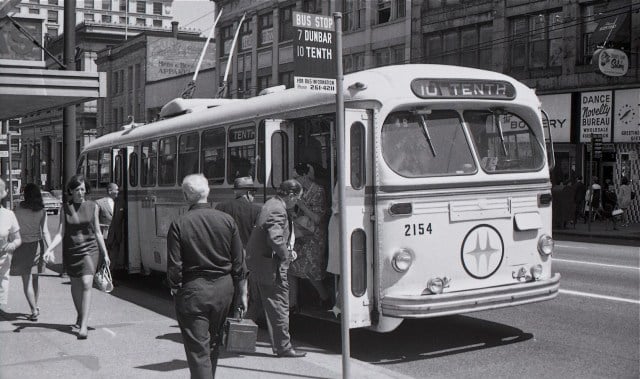 The photo shows southbound Granville Street near Dunsmuir. Notice the bus has no mirror on the right side and it doesn’t have a license plate. 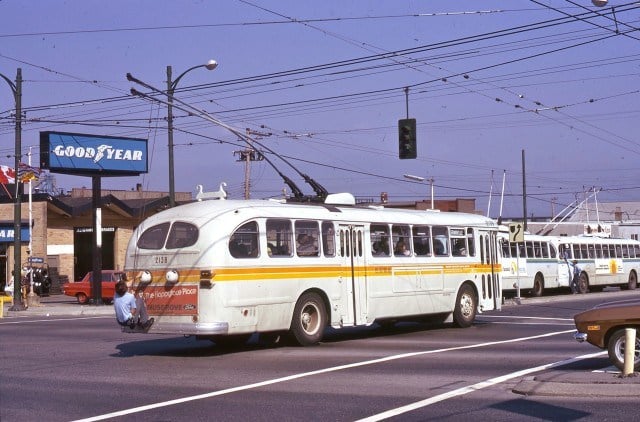 This photo shows the bus switching wires at Hastings and Commercial Drive on PNE parade day (and clearly someone trying to steal a ride). 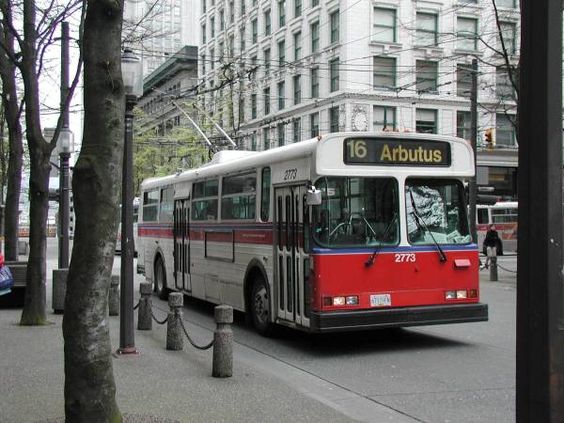 Just before the new design we see today, there were these red buses cruising the streets of Vancouver. These trolleys had more modern power controls, regenerative braking system and they used less power than the ones before. The last of these buses retired back in 2008.

Looking for more vintage photos of our city? Check out how the Vancouver skyline has transformed over the years or the fascinating history behind Science World.