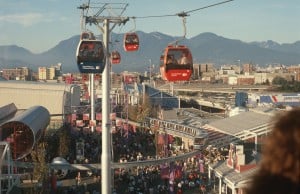 Let’s turn the clock back to when Expo 86 was held in our beautiful city.

Prince Charles and Princess Diana made an appearance at the opening ceremony. Expo 86 was the second World’s Fair to be located in Canada, with the first being in Montreal in 1967.

To this day, it is still the latest World’s Fair to be held in North America. The fair featured food carts, rides, a gondola, a waterpark and much more. There was even a special Expo 86 passport where visitors could go to booths, representing different countries, and collect stamps.

Some of Vancouver’s major landmarks were built for Expo 86, such as the Expo Centre (now, Telus World of Science), BC Place, Canada Place, Plaza of Nations and the Expo SkyTrain.

Take a stroll down memory lane with these photos from the fair!

Looking Back On Expo 86 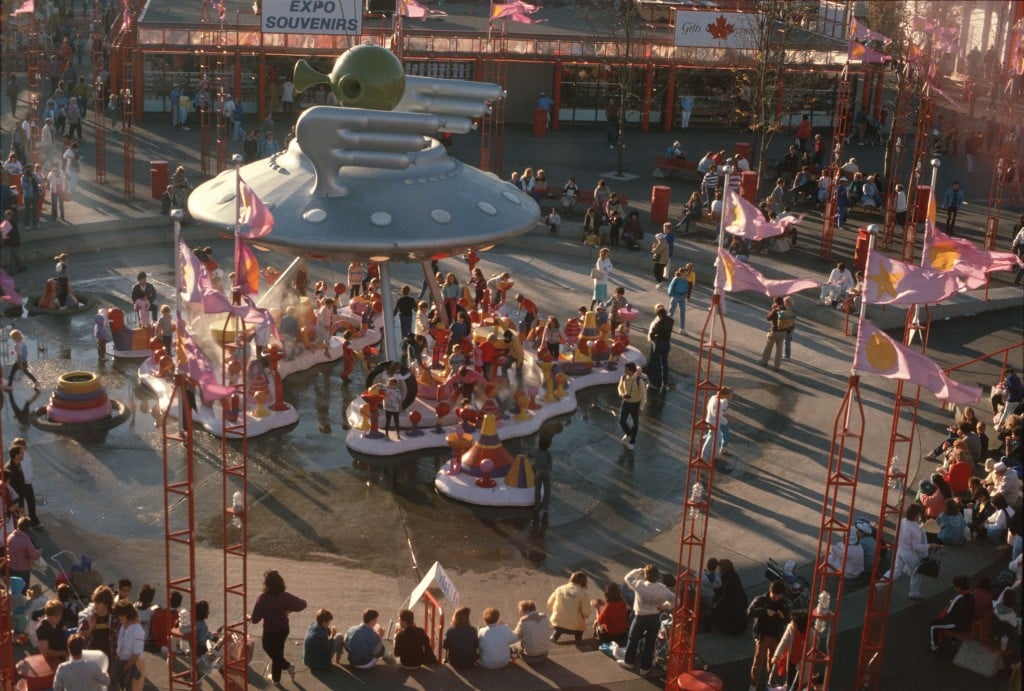 The Expo 86 waterpark was referred to as UFO H2O. The playful sculpture was inspired by a spaceship, and they added a green martian at the top to add to the theme. When the fair closed, this attraction was auctioned off and now resides at Mount Layton Hot Springs Resort in Terrace, BC. 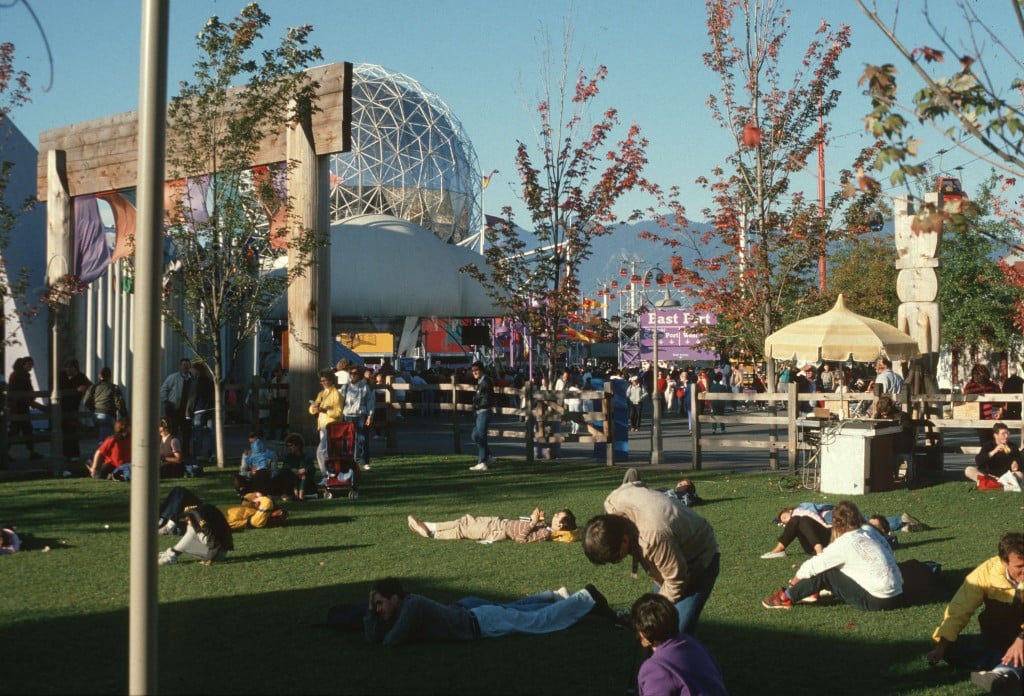 This park shows the Expo Centre, which opened on the first day of Expo86. Between 1989-90, the space was expanded on and when it re-opened, it was referred to as Science World. It is now called the Telus World of Science. 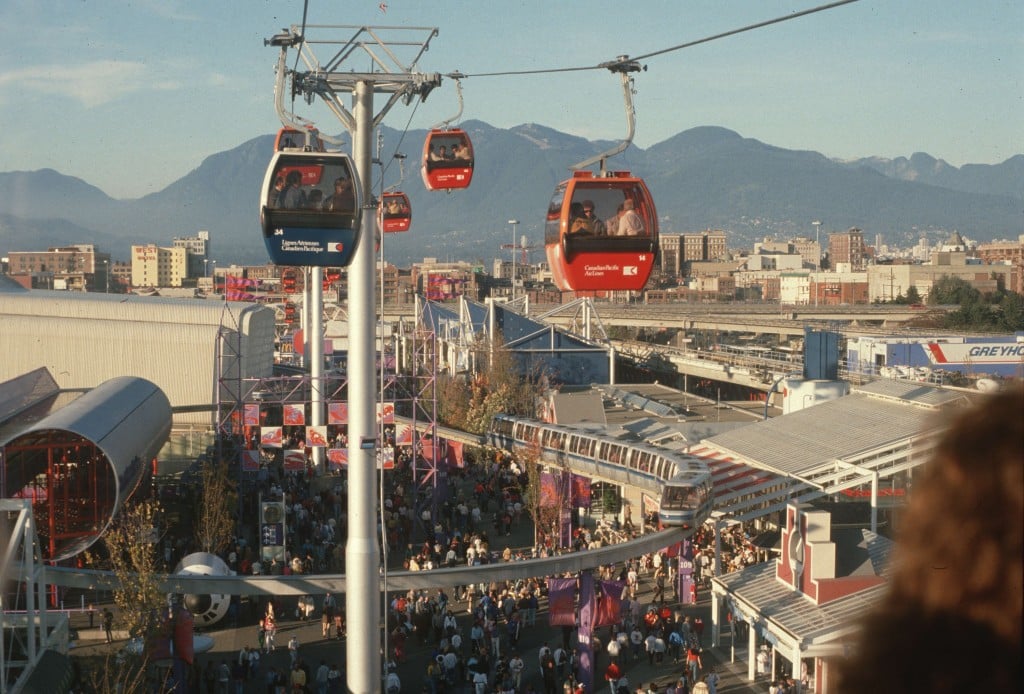 The theme of Expo 86 was transportation and communication. They offered a monorail, SkyTrain, water taxis and these little boxcar-style gondolas which gave guests a unique birds-eye perspective. 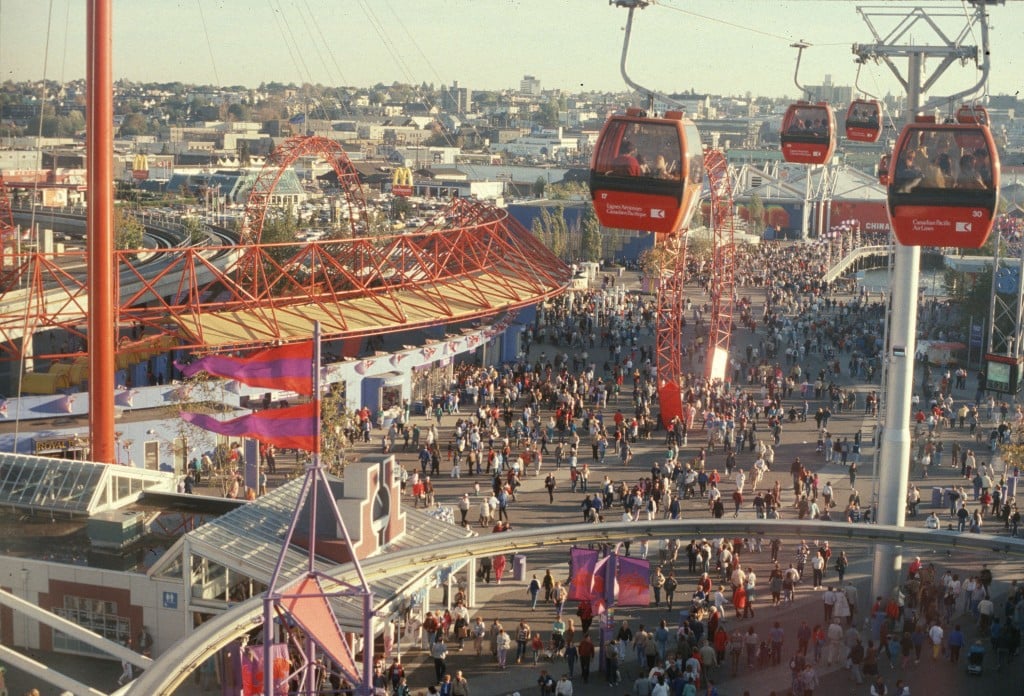 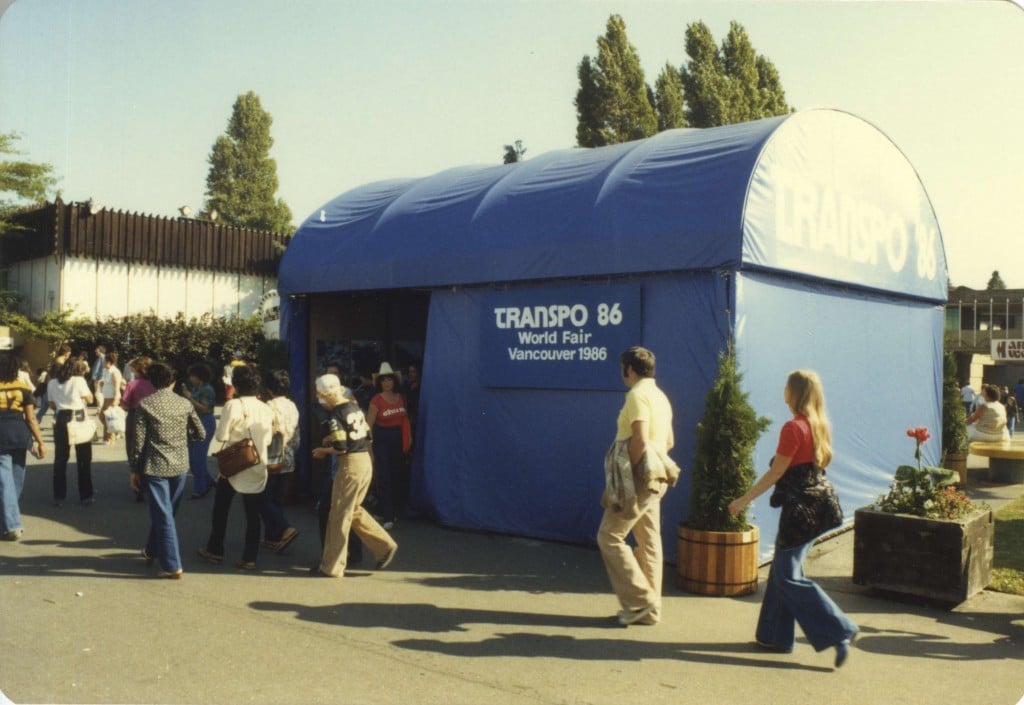 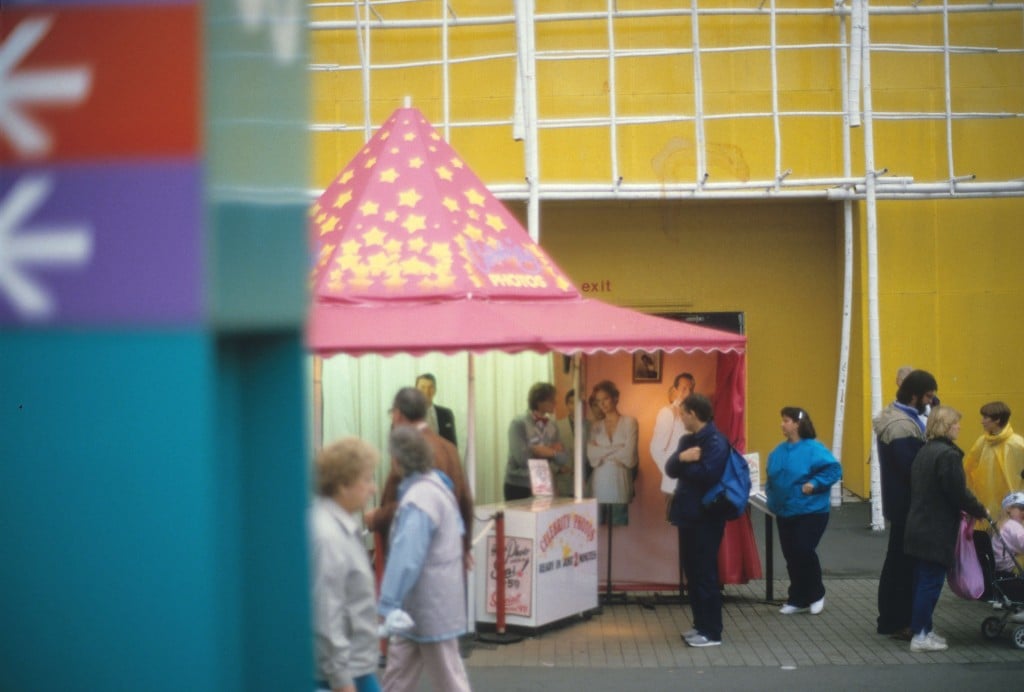 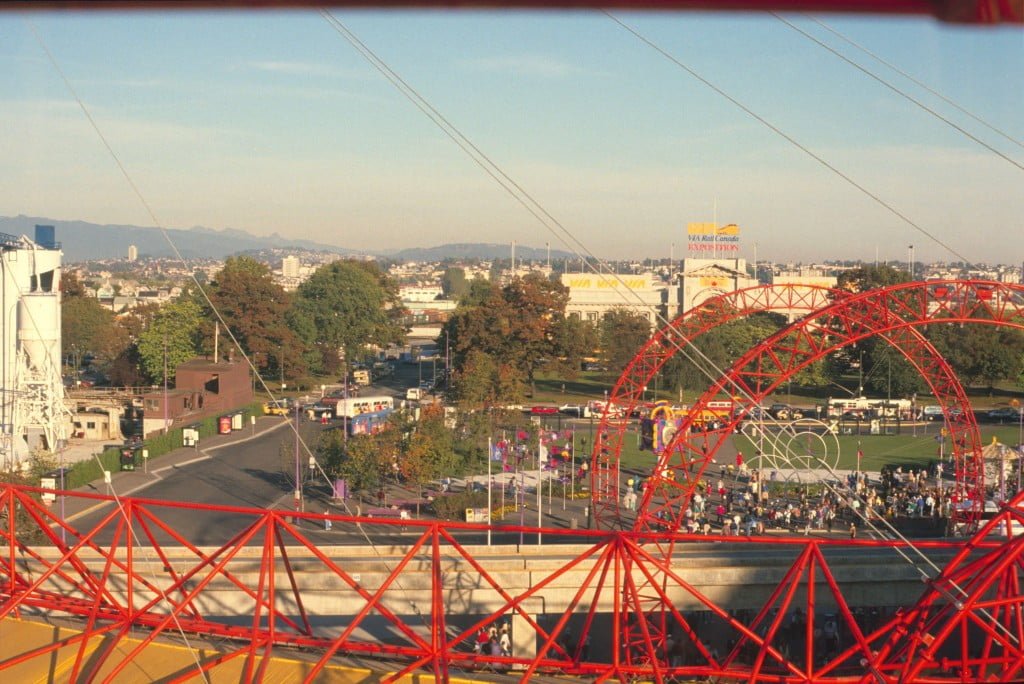 The rollercoaster was referred to as the “Scream Machine.” After the fair closed down, it was bought out and is now called “Ninja” and is located at the Six Flags in St. Louis. 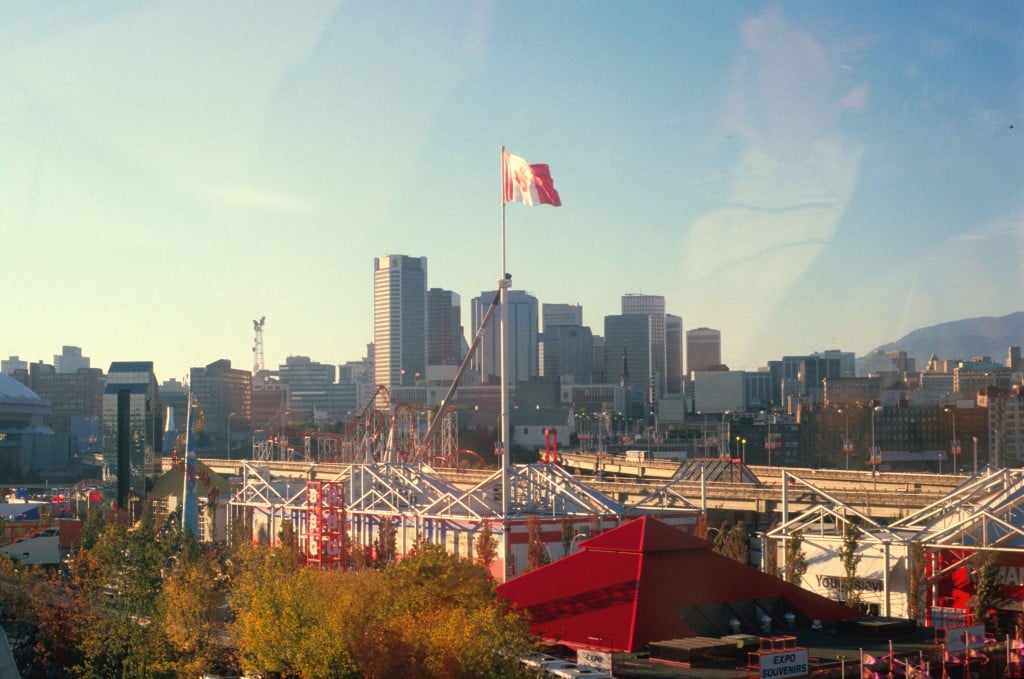 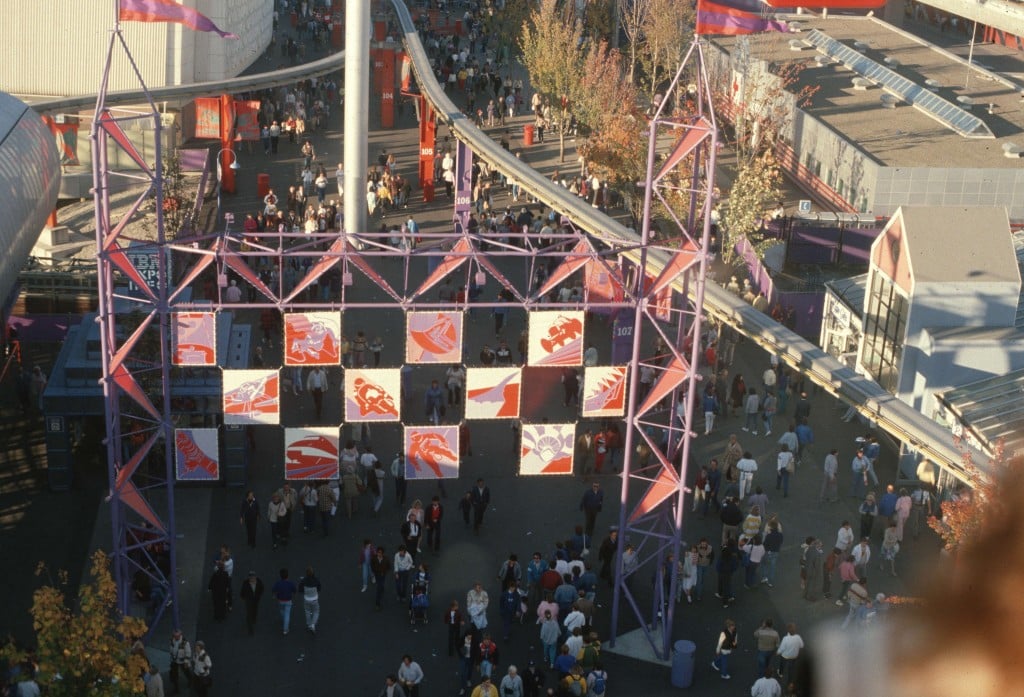 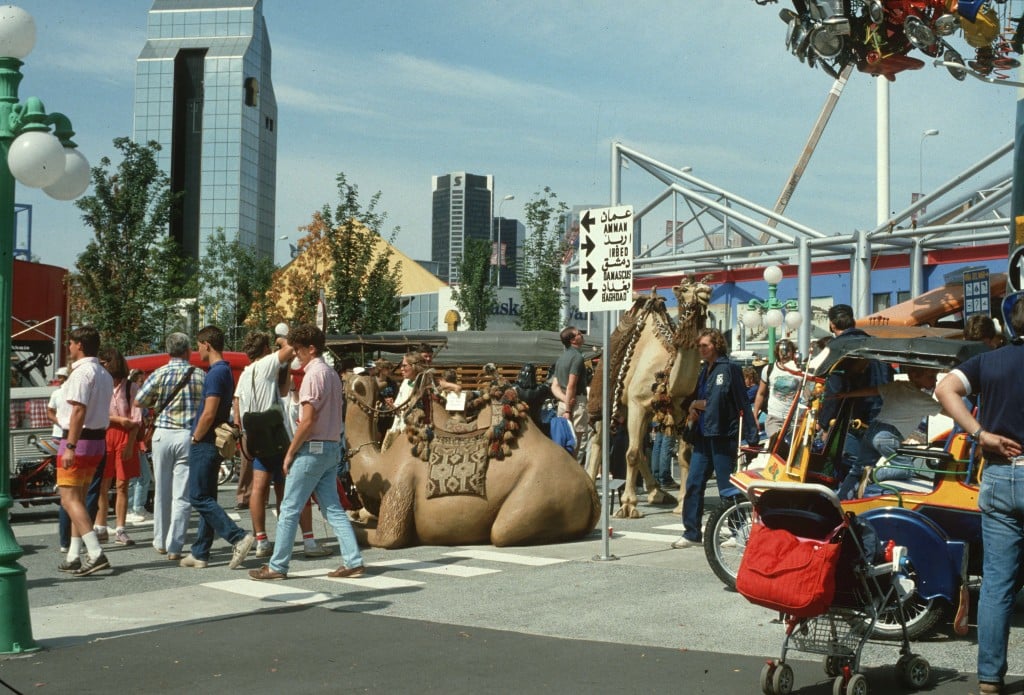 Over 22 million people attended Expo 86—deeming it a success. There were 54 nations represented at the fair. 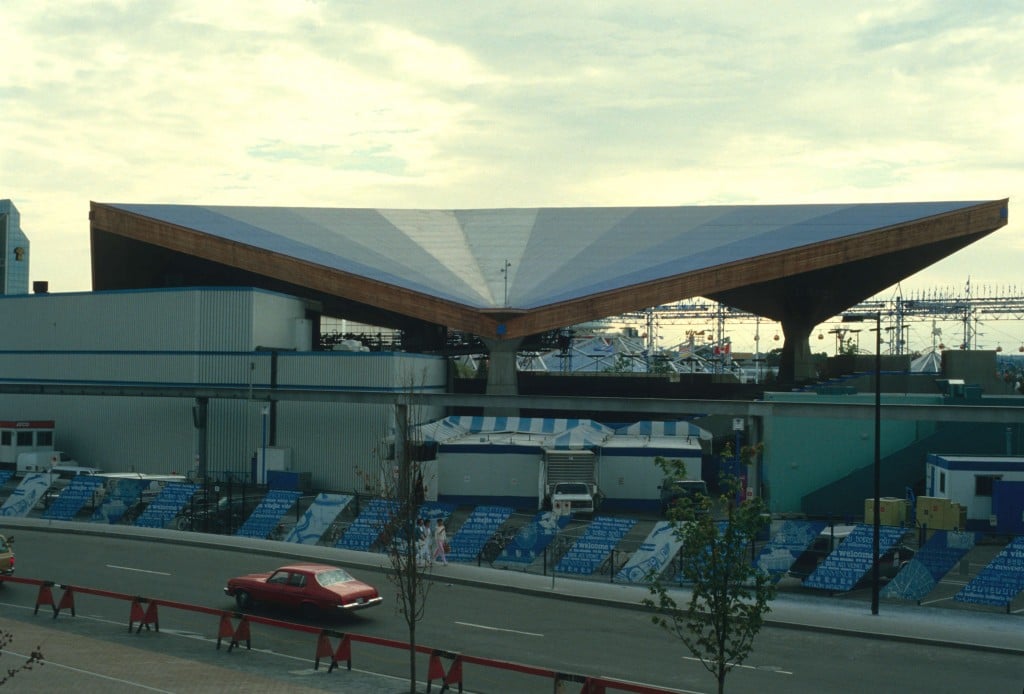 The Expo Theatre was where all the big names performed at the fair—the outdoor venue had a 4000 seat capacity. This is where they entertained guests with music, dance and comedy acts.