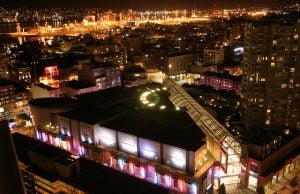 Sure, Kingsgate Mall seems out of place at a busy intersection in the Mount Pleasant neighbourhood, but Cineplex Odeon International Village Mall, colloquially known as Tinseltown, can give Kingsgate a run for its money.

Despite occupying a prime location on Pender St. in Chinatown with tons of daily foot traffic, it’s a ghost town. Outside of the late night spot at McDonald’s, or the occasional film to see at Cineplex, when was the last time you decided to shop at International Village? 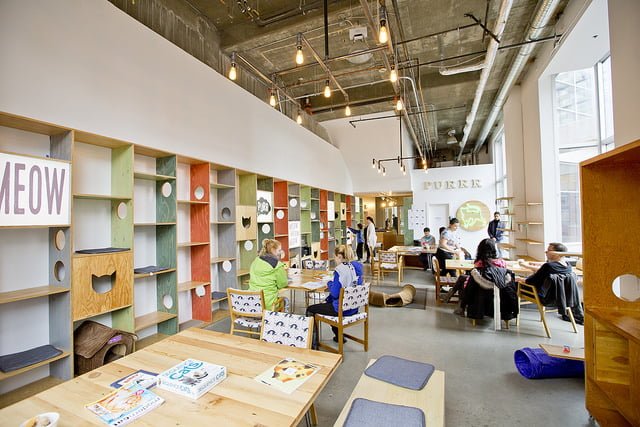 International Village is not so much falling apart at the seams as it is being passed over for greener pastures like Pacific Centre or Aberdeen Centre. There is Yoko Yaya, the sister store to Daiso, a dollar discount store with Asian housewares, snacks, paper goods and gifts. As well, Vancouver’s first cat cafe, Catfe, notably opened up on the second floor.

Mostly, there are knick-knack shops and kiosks on the first floor, and then quiet art galleries, a moderately busy food court, and the movie theatres. Surprisingly, there’s no buzz to write home about, considering International Village is a mall that, on paper, should have no problem filling its floors with passing pedestrians or even simply attracting local businesses to rent retail units. International Village is a mall without a retail identity, and it’s one stuck in its own past.

International Village was intended to revitalize Chinatown, by creating a shopping destination to rival that of any Asian-themed mall found in Richmond.

On another level, it also strived to capture downtown shoppers looking for high fashion retailers as well. Far from becoming a tourist attraction, International Village has yet to live up to its initial goals for becoming an economic driver to the gentrification of Chinatown, or that of Downtown Eastside. 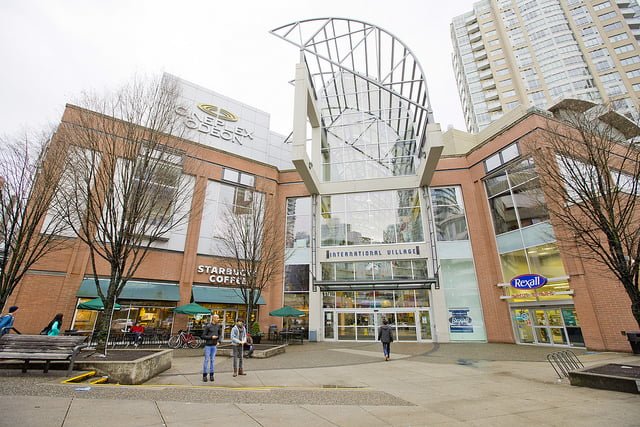 By any standard, International Village would be a nondescript mall if it was in any of the suburban cities in Metro Vancouver. Add in its central location to Yaletown, City Centre, and Gastown, and the purpose of International Village’s existence is put even more to the question.

There is so much potential for International Village to become an alternative shopping centre for local merchants to offer a multicultural slice of community in consumer goods and business services. If only its land developers actively desired it.