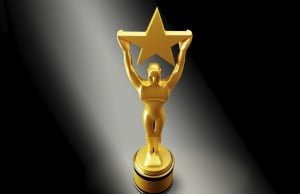 The Top 5 finalists have now been selected for the 12th Annual Small Business BC Awards, a province-wide competition where British Columbia’s entrepreneurs and small business owners compete to have their company named a BC best business.

This year was the biggest year yet for the competition with over 460 nominations received from 70 communities across the province.

Nominated businesses that were successful in rallying the support of their community and gathered the most votes made it through to the Top 10, announced in December 2014.

These businesses have now been narrowed down by the judges to the Top 5 in 10 different categories:

The Top 5 finalists will now present a Dragons’ Den-style pitch to the judges to convince them why they should be named a BC best business.

Winners will be announced on February 26, 2015 at the Small Business BC Awards Ceremony at the Pan Pacific Hotel in Vancouver, where 500 small business owners, government representatives and other key business influencers will enjoy an evening that recognizes the amazing entrepreneurs in the province.

More information on the Small Business BC Awards can be found at www.sbbcawards.ca