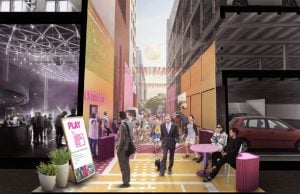 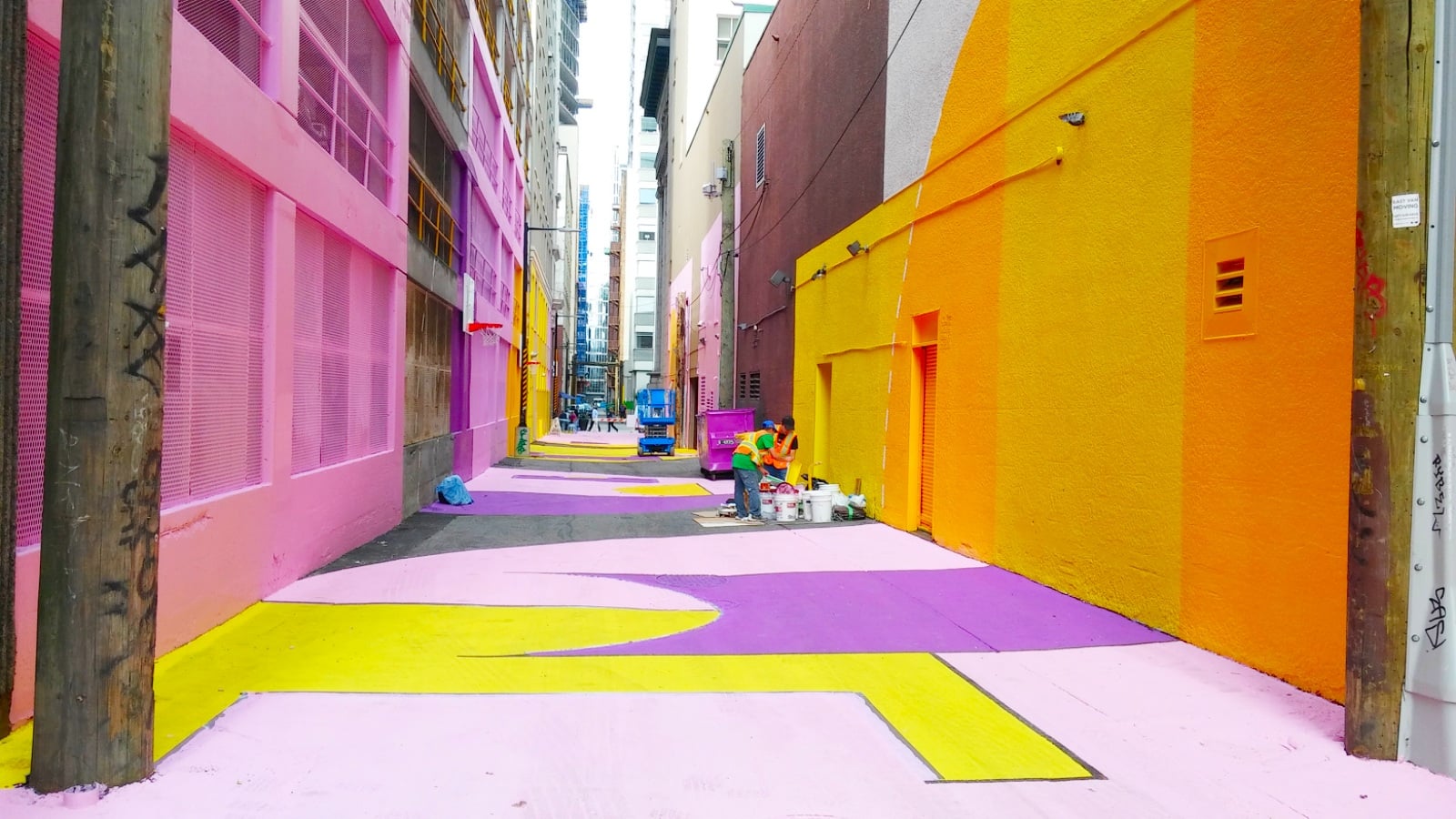 Walking down an alley in Vancouver can be sketchy at best.

Dumpsters and filth decorate the grubby lanes creating a scene straight out of a Tim Burton film.

You wouldn’t think to play a game of basketball in a dull, grey alley.

However, that’s all about to change.

Thanks to the Vancouver Business Improvement Association (VBIA), three previously dark alleyways are getting a colourful facelift. 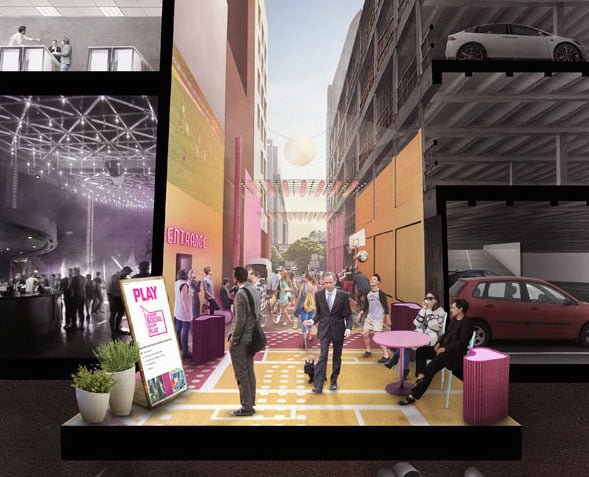 More Awesome Now is “an experiment in reshaping the city laneways into engaging, accessible public spaces that contribute to the vibrancy of the city”, as stated in a press release.

The first alley to receive some TLC is located behind Hastings street (between Seymour and Granville) and already has been painted in tones of bright pink and yellow.

According to CBC, CEO of VBIA, Charles Gauthier, says they will also be sprucing up the freshly painted alley with basketball hoops, furniture and distinctive lighting.

In an effort to bring people together in an unlikely place, the new alley renovations will help you take a break from work, enjoy the outdoors and maybe even play a game or two of Horse.

The next lane to receive an extreme makeover is east of Granville Street (between Smithe and Robson) and will boast a festival theme.

Finally, the third alley south of Alberni Street (between Burrard and Bute) will include crafty kiosks.

Each colourful lane focuses on a different theme that will hopefully attract more than just rodents and garbage, like usual lanes.

If you could pick a space in Vancouver that needs a makeover, what would it be? Leave us a comment below with your idea.