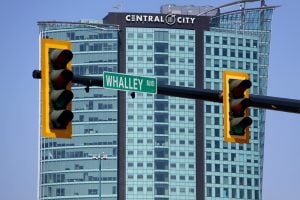 Whalley could look a whole lot different in the near future, after Surrey City Council approved a developer’s application to transform the area into the “Yaletown of Surrey.”

The project will aim to replace the current sex shops and strip clubs with condo towers, stores and eateries over the next 10 years.

Charan Sethi, of Tien Sher Group of Companies also proposed to create a 35-storey mixed-use building and a low-rise building for the first phase of the project

While Sethi says it will take a long time for the neighbourhood to resemble Vancouver’s Yaletown, that is the goal.

There’s been lots of chatter about construction in the area over the last several months, including a potential indoor waterpark and Surrey Central Station undergoing a $25-million facelift.