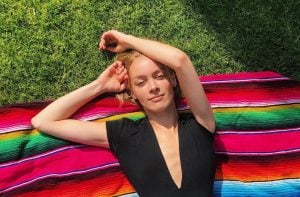 Rachel Skarsten, known for her roles in Lost Girl and Reign, is set to play the lead antagonist in the next DC Universe tale, Batwoman. The 33-year-old actress of Canadian and Norwegian descent will play the villain to Ruby Rose’s Kate Kane / Batwoman.

I am THRILLED to announce my next adventure. It is a very sweet homecoming for me, both to my favorite DC universe 🦇 & beloved @thecw. Just call me Alice 🤡

Rachel Skarsten, hailing from Toronto, will play Alice aka Red Alice, the leader of a gang and nemesis to Batwoman. In the comics, the character is revealed to be Batwoman’s twin sister. Other casting includes Meagan Tandy, Camrus Johnson and Nicole Kang.

The Batwoman character was launched in the ‘Arrowverse’ last year. Rose DJ’d at Celebrities back in 2015 and filmed in Vancouver for the 2018 crossover event ‘Elseworlds’ alongside Arrow, The Flash and Supergirl.The casting of Rose as the lead superhero marked the first openly gay actor in such a role.

Now a pilot episode for a Batwoman show has been ordered by the The CW with filming dates in Vancouver scheduled for March 4 to 26.

#TB When you can’t work out whether to text @melissabenoist Kara Danvers or Supergirl.. so you text all 3.