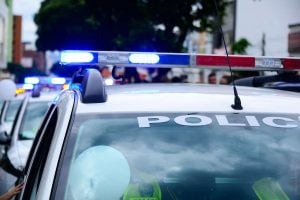 New Westminster Police texted a drug dealer in 2018, pretending to be a former customer named Kat.

“After a tragic overdose death in December 2017, the NWPD Street Crime Unit engaged in a project to investigate the suspected source of drugs,” the New Westminster Police wrote in a statement.

After the woman’s death, an undercover cop in a drug trafficking investigation got the phone.

“Hey. Sweet. You guys gonna be around in a bit?” The cop texted to dealers Devin and Elliott Bains, according to the New Westminster Record.

The two brothers responded, saying yes they would be, thinking they were actually talking to Kat. They didn’t realize the woman had died weeks before in a drug overdose.

The text sent March 16, 2018 came after the Bains’ brother had sent out a mass message.

“Hey, hope everyone is having a great start to 2018. We are doing fulls [grams] for 70 [dollars] until the end of the weekend. Cheers.”

That’s when “Kat” texted them, asking the brothers to drop by her building. And when the brothers did, the undercover cop gave Devin $70 for the gram of cocaine.

But he hesitated and asked, “who are you?” The undercover cop convinced Devin she was Kat and had just gotten a haircut. The cop finally got the drugs off the Bains brother, before they drove off.

The brothers were originally charged with several firearms charges and possession for the purpose of trafficking, after a search warrant was later executed. They also faced a trafficking charge for selling to the undercover cop.

But in 2019, a B.C. provincial court judge ruled the search of their home as unconstitutional. That meant all evidence from the search warrant could not be used in trial.

That meant most of the charges were dropped against the brothers. Devin pleaded guilty to the trafficking charge regarding the undercover cop.

“Mr. Bains, you have made a mistake,” she said. “You’re young. You’ve got a life ahead of you. Do not let this mistake define you. Learn from it. Draw on the support that you have. And I don’t ever expect to see you again.”

If you liked this story, check out this bar’s art that is so explicit, they got a human rights complaint. Or read about this Surrey soccer dad who punched a soccer mom in the face and avoided trial.