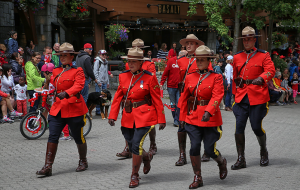 The City of White Rock is the home to more female police officers than any other community in B.C. and in Canada.

Of White Rock’s 24 police officers, 56% of them are female. And data collected by Statistics Canada, shows that’s the highest percentage of female officers in Canada.

The only other force in Canada where female officers outnumber males is located in Warman, Saskatchewan.

RELATED: BC Healthcare Is Insufficient, Says One-Third of Women In New Poll

Courtenay has the second highest percentage of women in B.C. at 37%.

Whereas Salmon Arm had the least-balanced RCMP detachment. All 17 officers here are male, reported the 2018 statistic.

To give a full-scope view, only 24% of officers in B.C. were women. That number drops to 22% across Canada.

In other B.C. news, here are 10 facts you probably didn’t know about homelessness in Vancouver. Or see why Canada is the 2nd safest place in the world if you’re LGBTQ+.

For more news across British Columbia, check out our News section.