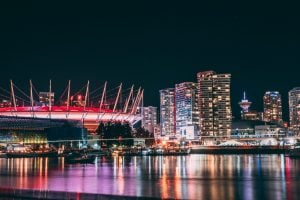 10 is the number that no other city could beat this TV pilot season as Vancouver scored its record high for drama pilot episodes, nearly doubling from 6 last year.

Both New York and Los Angeles saw a drop in drama pilot episode productions this season as the Big Apple will take on 9 while LA a mere 5. Our friends to the east in Toronto, the other Canadian film & TV hub, will shoot only 1. Albuquerque, Memphis, New Jersey, New Orleans, Savannah and New Zealand will all also shoot 1 a piece.

With the total number of drama pilots ordered down this year (35 this year overall compared to 41 in 2018), Atlanta was able to double its number to 4.

Some of the stars taking part in the Vancouver-shot pilots include Sophia Bush from One Tree Hill and Ruby Rose from Orange Is The New Black. Also, Jane Levy, Mary Steenburgen, Heather Graham, Kennedy McMann and Vancouver’s very own Cobie Smulders.

The 10 drama pilots in Vancouver this season are:

The Hypnotist’s Love Story (The CW)

The Lost Boys (The CW)

The Haunting of Nancy Drew (The CW)

In addition to 9 of these 10 pilots shooting in and around town this month, there are 5 movies underway including Playing With Fire starring John Cena and the sequel to Netflix’s To All The Boys I’ve Loved Before starring Lana Condor.