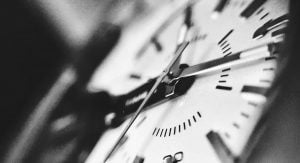 “Time is what we want most, but use the worst”, some people say.

The Polygon Gallery in North Vancouver, and visual artist Christian Marclay, would like to challenge that notion, with The Clock.

The Clock is a supercut montage of various popular films and television shows from the past 70 years, disguised as an experimental film. Each clip, ranging from The Matrix and Zoolander, to V For Vendetta and Back To The Future, features scenes with representations of time.

The cool part: all of the clips, and therefore the entire 24-hour film, is synchronized with real time, and edited with the rhythm of our day-to-day lives in mind. The film, as the title implies, essentially functions as a clock, s when the clock-hands converge on the 12 in High Noon, it will actually be 12:00 pm. 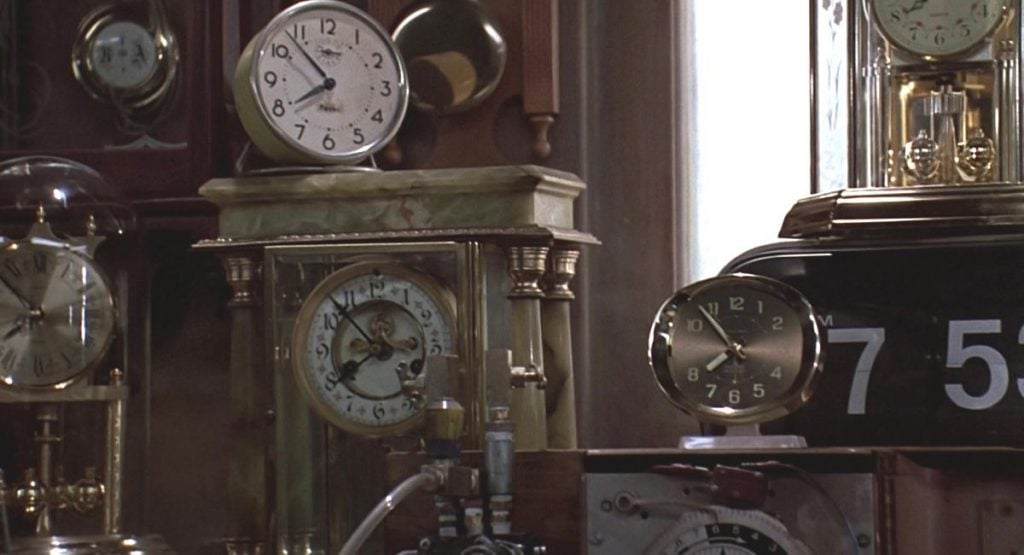 Screencap from “Back To The Future”

RELATED: The Top 5 Most Anticipated Concerts in Vancouver This Summer

The Polygon Gallery will be screening The Clock in full, on select Fridays throughout the next few months, allowing viewers to stay overnight. If you’d like to know what you’re getting into beforehand, however, the film is screened everyday besides Mondays, from 10:00 am to 5:00 pm. Full screenings will be held on:

Admission into the gallery and film are by donation. The viewing room sits 54 people, not including standing room, and are on a first-come-first-serve, leave-them-and-you-lose-them basis. Usual movie theater etiquette applies.

RELATED: 101 Things To Do & See In Metro Vancouver This Summer

The Clock first premiered in 2010 in London, received praise from critics, and won the Golden Lion award at the 2011 Venice Biennale. In a 2018 review, the New York Times described the film as a test of our shrinking attention spans, as well as a comment on the human relationship with time: “No one onscreen seems satisfied with time either: They either have too much, or not enough. Everyone seems to be waiting, or rushing.”

If you’re a fan of film and art, you might want to rush to see The Clock. That is, if you have the time.