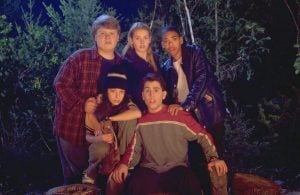 Submitted for the approval of the Midnight Society, 90’s kids horror-fantasy series Are You Afraid of The Dark is getting a reboot!

The anthology series was a true Canadian success story having being filmed in Richmond plus the suburbs of Montreal and Windsor. The Canadian co-production was a partnership between Montreal-based Cinar and Nickelodeon.

Submitted for the approval of the Midnight Society, I call this story, The Return of Are You Afraid of The Dark?https://t.co/BywsdFaI6D

The series ran for 7 seasons with a total of 91 episodes between 1990 and 2000. Now, Nickelodeon is bringing the suspenseful series back as a limited miniseries premiering sometime in October 2019 just in time for this year’s Halloween season. It films in town from June 10 to July 19.

You can currently watch all the original episodes for free on YouTube.

In addition to the television series with VHS and DVD releases, the franchise spawned off products like a PC game, a board game and a book series. There have also been plans for a live-action feature film adaption.

RT if Are You Afraid of the Dark? scared you as a little kid