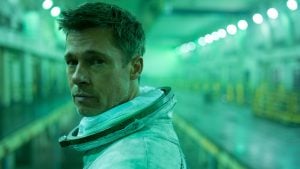 In days past, movie studios would reserve some of their “blockbusters” for the summer season, but with an excess of content, there’s good movies coming out every month now. Here are the 5 must-see new movies of September 2019.

A sequel to the 2017 hit It, It: Chapter 2 takes place 27 years after the events of the first movie. Bill, the leader of the Losers’ Club, is now played by James McAvoy (Split, Wanted), Beverly is played by Jessica Chastain (Zero Dark Thirty, Molly’s Game), while Bill Skarsgård reprises the role of Pennywise. Also joining the star-studded cast in Bill Hader (Saturday Night Live, Barry), who plays adult Richie.

Based on a 2015 article in The Cut titled “The Hustlers at Scores“, Hustlers follows a group of New York City strippers whom “lie, steal, and hustle” from dozens of wealthy men following the 2008 financial crisis. The group is played by Jennifer Lopez, Constance Wu (Crazy Rich Asians, Fresh Off The Boat), and Lili Reinhart (Riverdale). Rounding out the cast is Cardi B, Lizzo, and Usher, as well as Julia Stiles (10 Things I Hate About You), who plays the journalist writing their story.

From the director of The Lost City of Z, James Gray’s newest film sends Brad Pitt to space. Pitt plays astronaut Roy McBride, who sets out into the solar system to find his father, played by Tommy Lee Jones. Along the way, he stumbles onto a threat that could potentially endanger human existence itself.

37 years after the original film, Sylvester Stallone reprises the titular role of Vietnam War veteran John Rambo. As was the case with the previous four entries in the franchise, Stallone himself was involved in writing the screenplay. In the film, Rambo travels to Mexico to try to rescue his niece, whom was kidnapped by none other than the Mexican Cartel.

Director of Out of Sight, the Ocean’s trilogy, and Magic Mike, Steven Soderbergh is one of the most interesting filmmakers alive. He’s always trying something new, which can turn traditionalists off, but he hits more often than not. His latest work stars Meryl Streep as a woman who stumbles onto the shady dealings of the law firm at the center of what would later be dubbed the Panama Papers scandal. Gary Oldman and Antonio Banderas play the baddies, and the cast is rounded out by Sharon Stone, David Schwimmer, and Jeffery Wright.