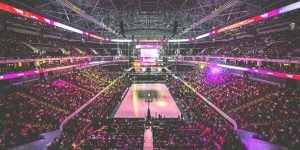 Dear Commissioner Adam Silver and the owners of the league’s 30 teams,

Vancouver is ready to have an NBA team again.

I know we fucked it up the first time, when you expanded the league and bestowed us with the Grizzlies, but we’ve changed.

We took you and everything you bring for granted. We neglected you. We were young and stupid, but now we’ve learned from our mistakes. We’ve matured.

To Commissioner Silver: When you handed the championship trophy to the Toronto Raptors, you proclaimed that basketball had come full circle. It was invented by Canadian James Naismith, the first NBA game was played in Toronto, and now, 24 years later since Canada got the Raptors and Grizzlies, Canada has reached the top of the basketball world. What better time than now, exactly 18 years since you left, to get back together?

I know what you’re thinking. “Can Vancouver sustain a basketball team?” It’s a reasonable concern, after last time. But look at the passion we had for the Raptors. We identified as the basketball outsiders, the “other” team all the way up in Canada. It was us against the world, and we embraced that. Imagine, for a moment, if Vancouver got a team. We’d be “that other team in Canada.” It would be Vancouver against the world, and the rest of Canada, and we’ll embrace that, too.

To Mr. Sarver, owner of the Phoenix Suns: People call you the worst owner in the NBA and plead for you to sell the team. We’ll abstain from judging you, but I’d imagine owning the Suns is no longer fun for you. We’ll take the Suns. You’ll make a boat-load of money, the team will still be in the same time zone, and, if you really wanted it, you could still be a minority owner.

To Mrs. Allen, owner of the Portland Trail Blazers: First and foremost, we’re sorry for your loss. Your brother, Paul, was a great man and an integral citizen of the Pacific Northwest. We understand that the Blazers were more his thing. Let us make things easier for you and allow you to focus your energy on the Seattle Seahawks. It’s better us than some city multiple states away.

To Mrs. Benson, owner of the New Orleans Pelicans: Again, first and foremost, we’re sorry for your loss. Tom was a great man and an integral citizen of the Big Easy. We understand that Louisiana cares more about the Saints. Anthony Davis just left you, and we can’t imagine the heartbreak if Zion leaves you, too, five years from now. Save your fans this heartbreak. Give us the Pelicans.

“Distance makes the heart grow fonder” is a bit of a cliché, but in this case, there’s no better way to describe our time apart. We miss you. We want you back.

Nothing is guaranteed, but what is true is that we lost you once before, and we’ll do everything we possibly can to make sure this is a long and successful marriage. We’re in it for the long haul. We want to wake up with you next to us, and go to sleep knowing you’re there. We’re ready to settle down.

I know things weren’t great the first time, but that’s why they’ll be amazing this time around.