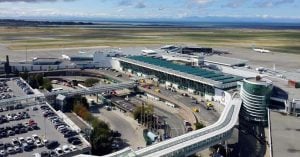 On Wednesday, July 4th, the BC Centre for Disease Control issued a measles alert for passengers who recently traveled through YVR.

An individual carrying the infectious disease travelled through the Vancouver Airport on June 23rd. In addition, the individual took flights from New Delhi to Guangzhou, and then from Guangzhou  to Vancouver.

As a result, the centre is alerting anyone who was at the airport on June 23rd, or traveling on either of these two flights, that they may have been exposed. The disease is airborne, and therefore may spread easily.

Further, the centre notes that symptoms of this disease takes 7 to 21 days to develop. As such, people most monitor symptoms closely; an infected traveller’s symptoms would likely show on July 15th.

Also, the most susceptible population includes infants less than one year old, or people who have never been immunized against measles.

Symptoms of measles include:

If you become ill with any of the above symptoms and suspect you may have measles, call your doctor and inform them that you may have been exposed to measles.
You can also call your local health unit and ask for the communicable disease nurse. To find a public health unit anywhere in the province, see the site finder on ImmunizeBC.ca.
Log in or create an account to save content