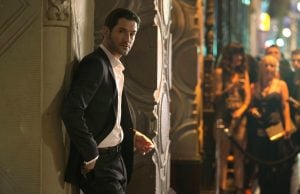 Popular FOX television show Lucifer is moving its production to Los Angeles full time for season three. The first two seasons were shot between both Vancouver and LA, with the show being set in the latter.

Some of the crew will not be migrating South making the move bittersweet for everyone involved with the show. Producers opted to take advantage of new tax credit incentives by California.

First of all — Our Canadian crew is AMAZING. We’ll miss them like crazy next season. Incredibly talented, passionate, good people. #Lucifer

Today was a day of mixed blessings. So excited to shoot #Lucifer in LA but will miss our Vancouver crew so so much. What an incredible team?

Last trip back to Vancouver to say goodbye to our amazing @LuciferonFOX crew. ?

Craig the one awful thing about this move is that the crew has helped make the show the success it is & is kind & generous & will be missed❤ https://t.co/I7oUwaPtG4

You don’t get to Season 3 without a talented first rate crew. Thank you to each & every Vancouver artist. #Lucifer

Last day in my cozy Vancouver apartment. All packed up & ready to say goodbye. I made a baby in this home away frm home & friends 4 life.

That’s a wrap … thx to the most amazing Vancouver crew EVER … like @officialtomellis said “Working on LUCIFER is like being in hell. Once you’re in, you can’t get out. You are now family.” We will miss u ???

There were tears today … but, in the end, this #Lucifer Vancouver crew did what it does best … DANCE & HAVE FUN! Cheers @officialtomellis ???? #bittersweet

My people. I love these peoples. Yes Chris (far right), even you. I tear up when I think of how much I love you and will miss you. It must be said: to each and EVERY person that worked on this show, you touched my heart and the audiences heart. With all your humor and love and guts and glory, you made it happen. This is an appreciation post for YOU ALL, the Vancouver Lucifer crew. Thank you for embracing my pervy weirdness and making me smile on many days where a smile felt far away. I love you and thank you from the bottom of my heart. Love, Germy ?

Holy Los Angeles balls kids. The cast and writers are beyond grateful to @kargfm @jerrybruckheimer @foxtv & @warnerbrostv❤ Now if we could just pick up our ENTIRE crew and bring them along… ?I love and respect our crew so very, very much. Thank you all❤

FX’s Legion is also moving to Hollywood, it’s first season was filmed in Vancouver. In total about 15 shows from different regions are making the tax incentive move including HBO’s Ballers starring Dwayne “The Rock” Johnson which filmed its first two seasons in Miami.