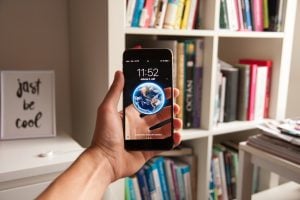 A report by telecoms website Tefficient reiterates how expensive data plan prices are in Canada in contrast to the rest of the world.

The report covered 36 countries and it found that “Canada has the highest total revenue per gigabyte of all surveyed countries”.

Tefficient also highlights that Canadians only use an average of 1.3GB of mobile data per month. Only the Czech Republic, Germany, Belgium, the Netherlands, Greece, and Portugal reported less data usage.

Canadians are being charged so much for a small amount of data that they’re forced to closely monitor their data usage.

To put this into perspective, “Canadian carriers are making over 35 times more than Indian carriers for the same amount of data used”. 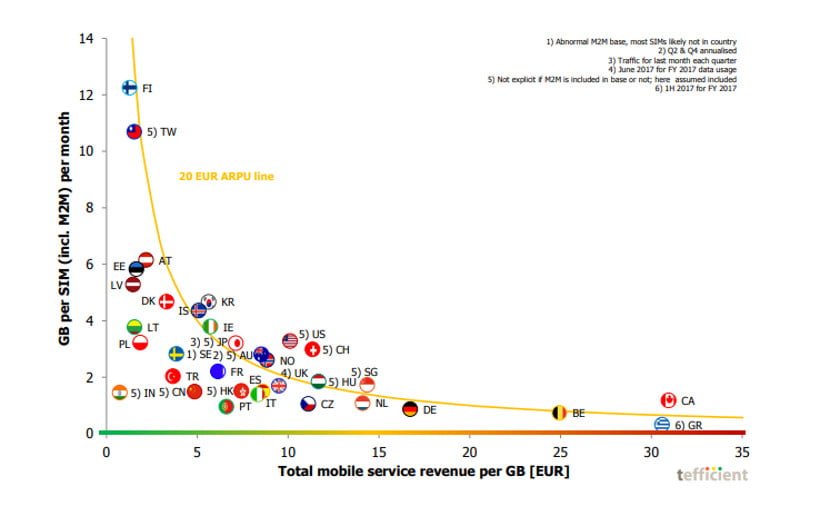 So what’s the average price of data in Canada vs the world?

Research done by Finland-based boutique management consultancy, Rewheel, reveals that Canada ranks near the bottom for 4G wireless pricing in the developed world.

The chart below “shows how many 4G gigabytes can be purchased for smartphone (April 2018 pricing) plans which also include 1,000 minutes and at least 3 Mbit/s download speeds for video, if you had 30 euros ($46 CAD)”.

Sadly, Canada ranks near the end with only 2GB.

The next chart puts Canada in dead last when it comes to  data-only mobile broadband plans.

Earlier this month, the Canadian Radio-television and Telecommunications Commission (CRTC) announced that Canadians will soon have access to innovative and affordable options.

Rogers, Bell, and Telus have agreed to offer cheaper data-only mobile wireless plans to Canadians within the next 90 days.

The national wireless providers will all launch a variety of lower-cost data-only plans. According to the CRTC, the plans will not be similar to anything available on the market at the moment.

The new plans will range from $15 for 250 MB to $30 for 1GB of monthly data. They’ll also include prepaid and postpaid options, on both the 3G and LTE networks.

Even with the new “lower rates,” Canadians will still find themselves spending more money on data in comparison to the rest of the world.