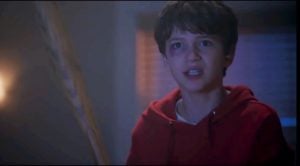 It’s shaping up to be horrific year – in a very good sense – for the horror film genre. Movies like The Prodigy, Pet Semetary and Brightburn have done their job to entertain fans. While Jordan Peele’s Us, is critically acclaimed and left audiences psychologically tormented and thinking.

Nightmare-worthy terrorizing toy doll Chucky is back on screen more murderous, more sinister and more evil. In this remake Chucky is a crazy robot versus a possessed doll.

The remake of the 1988 slasher flick stars Aubrey Plaza, Gabriel Bateman, Brian Tyree Henry and Mark Hamill as the voice of Chucky. The two-hour long horror movie filmed in Vancouver during the fall of 2018 and had re-shoots in December 2019 and April 2019.

Producer Seth Grahame-Smith has said if the film does well then more sequels are on the table which would make this a reboot of the franchise.