You know that big glass dome entrance downtown that leads into Pacific Centre? It’s going to be removed.

In its place is going to be a two-storey, standalone flagship Apple store.

A development application, submitted by Perkins+Will Architects, was approved this week, and while Apple Canada has not officially confirmed it, the renderings of the new development project all but confirm the rumours.

An initial design that included a large floral backdrop behind the store was turned down because of its possible effect on the mall entrance. The approved designs show that the entrance into Pacific Centre will be relocated to side of the building, closer to W Georgia St., and more visually-appealing. 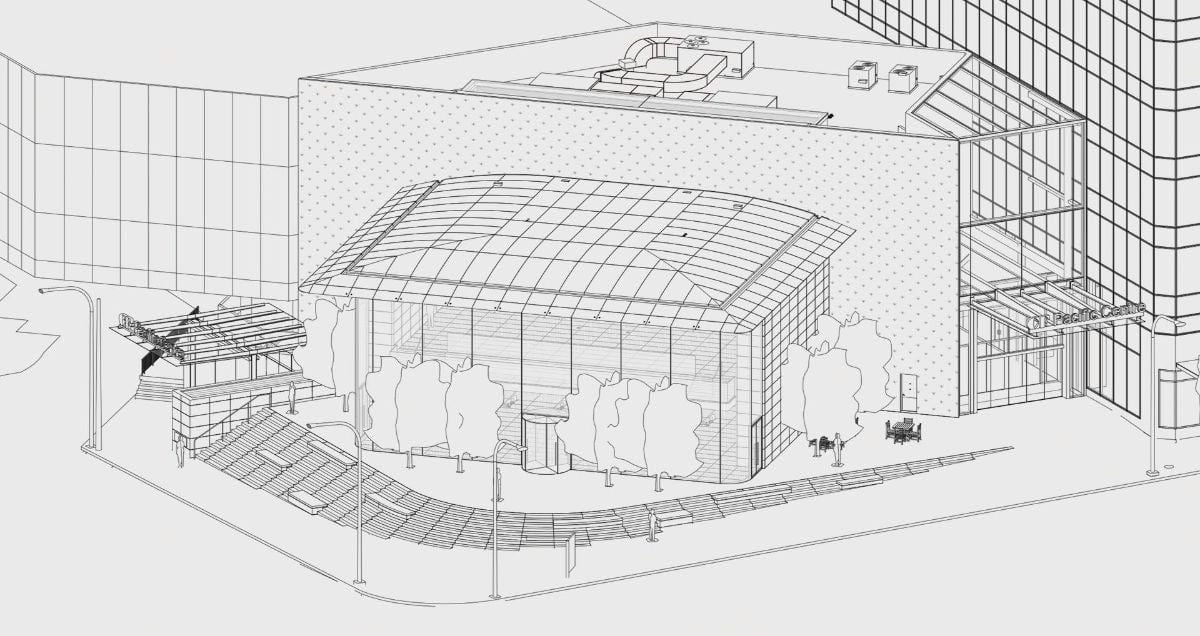 Because the design of Apple’s stores (and products) are all uniform, existing flagship stores can give us an indication of what this store will be like.

In a 2017 keynote event, Apple Vice President of Retail Angela Ahrendts announced that several of their stores, particularly their flagship stores, were going to be re-branded as “Town Squares.”

The idea was that these “Town Squares” would become gathering places for people, where they can connect with one another, through their love for all things Apple. The stores would regularly host workshops and lessons for subjects like Photography, or Video Editing, or Music, and it would become a place for people to just hang out.

In terms of design of the store itself, previous flagship stores and renderings of this project indicate that Vancouver’s flagship store will likely feature large slab stairs, a glass elevator, and outdoor seating space that is in harmony with nature.

This flagship store is expected to replace the existing Apple store in Pacific Centre.