In fact, twenty-one places in the province broke records, according to Environment and Climate Change Canada (ECCC). While shocking, it’s not too much of a surprise. It was previously announced British Columbia would experience one of the coldest winter in years.

Just two weeks ago, an arctic outflow weather warning was issued with extreme cold sweeping across the province. The warnings were accurate as British Columbians got a blast of frigid temperatures over the weekend. 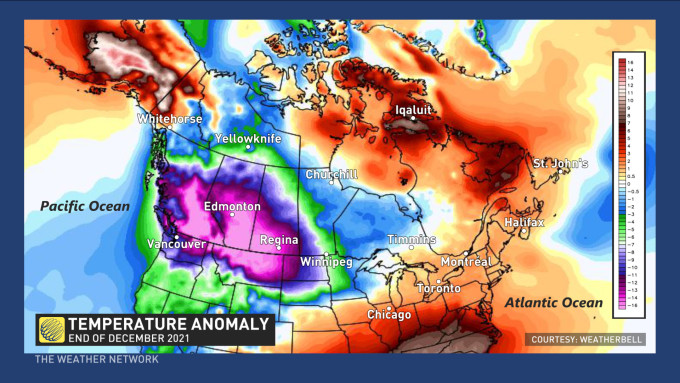 As a result, nearly two dozen records have been broken due to the wind chill.

The most notable record shattered was in Prince George which experienced its coldest Dec. 26 in history on Sunday, dipping to -40.7 C. Its previous record of -40 C was set in 1933.

Record Breaking Temperatures In BC

According to Environment Canada, here’s other areas that experienced record breaking temperatures:

With potential more snow on the way and the sub-zero temperatures sticking around, this winter will likely be one to remember.

RELATED: The Last Time Vancouver Had A White Christmas