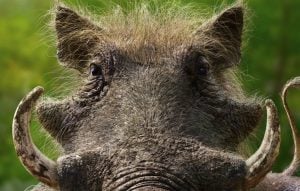 25 years later and the words to Hakuna Matata are still stuck in our heads.

While the original film was traditionally animated, the new one is neither computer animated nor live-action. Director Jon Favreau has described it as not fitting either mold it didn’t use real cameras, real animals or even capture any real performances. The film is considered a photo realistic computer animation.

The Lion King hits theatres on July 19 and will also be available on Disney+. You can watch the trailer to the movie below: