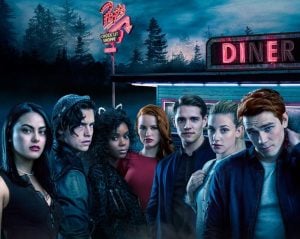 Riverdale fans rejoice! Josie McCoy, of Josie and the Pussycats and Veronica’s speakeasy fame, is getting her own spinoff show!

The CW announced the pilot at the end of January and later provided some details about the plot. The show will follow Josie, played by Missouri’s Ashleigh Murray, as a 20-something-year-old pursuing her dreams outside the small town of Riverdale and on the world’s grandest stage, New York City.

The spinoff is titled Katy Keene and follows Josie plus three other Archie Comics characters as they follow their artistic endeavors in fashion, music and Broadway. The other three leads have yet to be announced but Murray’s character of Josie is most definitely one of them.

Oh, and Josie will continue to flex her pipes as the show is a musical dramedy!

Only one song to sing today! Happy Birthday, @iamamurray! 🎉#Riverdale

If the pilot episode of Katy Keene turns into a series order by The CW then Murray will be exiting Riverdale. Currently on Riverdale the character’s band Josie and the Pussycats is disbanded and she spends some evenings sending out ballads in Veronica’s speakeasy Le Bonne Nuit.