Richard Jefferson, NBA player of the Cleveland Cavaliers is currently in Vancouver.

The small forward who’s notorious for his Snapchat took to the social media platform Friday to share his appreciation for Vancouver’s unique landscape: 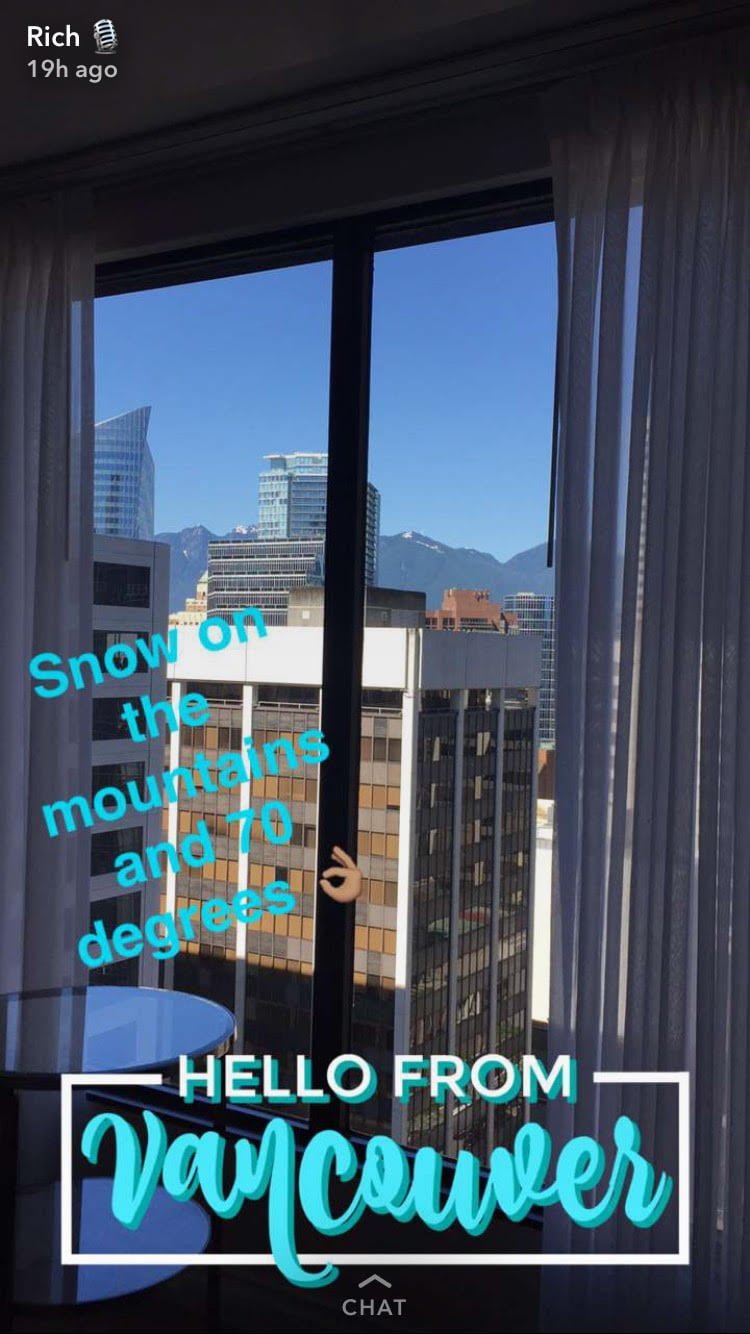 He later shared a second snap while waiting in the lobby of his hotel: 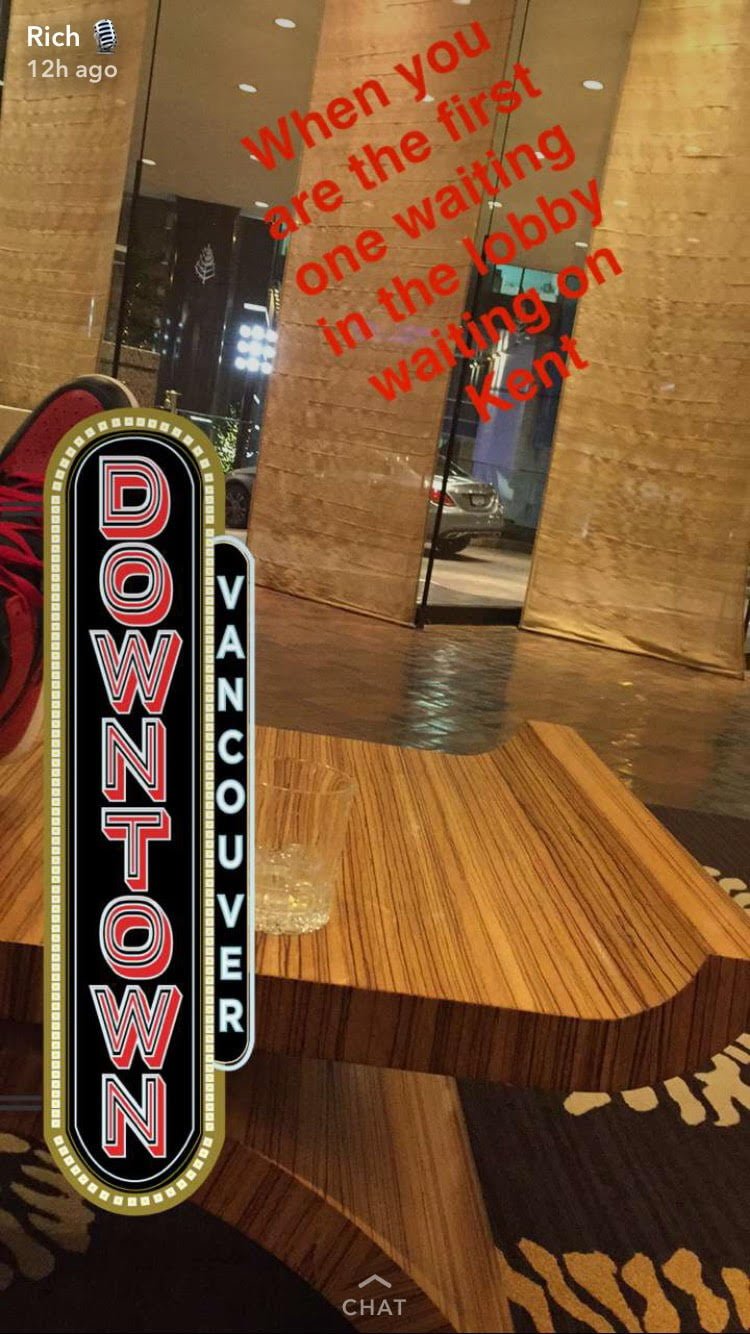 Richard Jefferson is coming off his third straight trip to the NBA finals with a team that won the championship in 2016. It’s widely expected the athlete will announce his retirement in the coming weeks or months.

Perhaps the trip to Vancouver is to help him think things through? Time will tell.

Until then, keep an eye for the baller. Standing tall at 6″7, he’ll be hard not to miss.