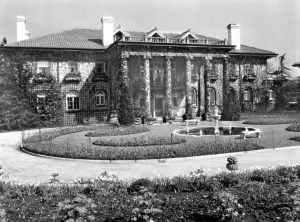 Spooky season is upon us. What better way to spend it than to relive B.C.’s eerie past and visit one of these haunted places near Vancouver.

These spine-chilling spots may even spook the bravest of souls.

RELATED: This Whistler Hike Leads You To An Abandoned Train Wreck 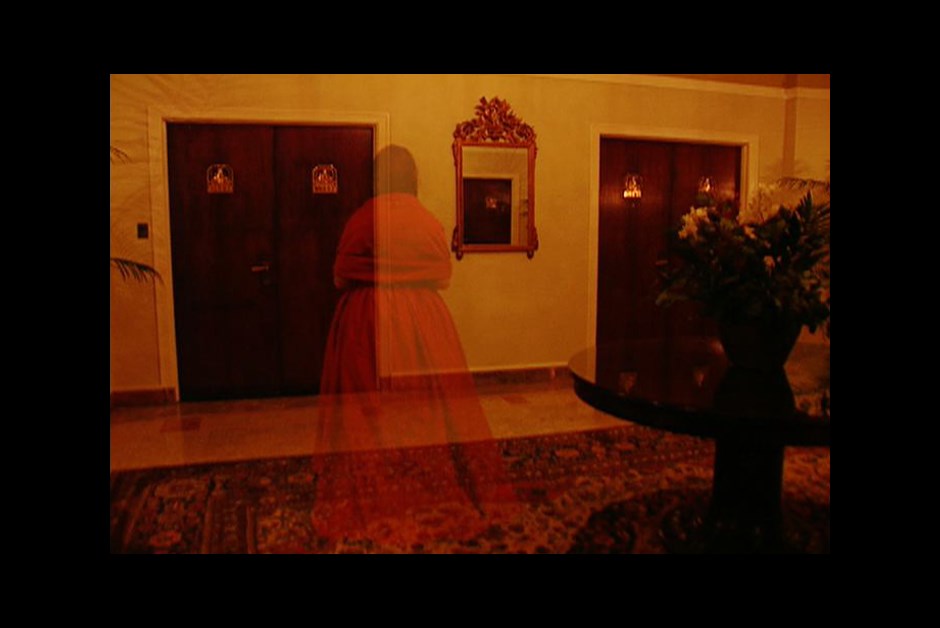 One of Vancouver’s most well-known ghosts is believed to be the “Lady in Red.” According to the legend, she haunts the iconic Fairmont Hotel Vancouver on West Georgia to this day. Built in 1939, many have said they’ve seen her, usually on the 14th floor or ground floor lobby just roaming around.

Ghosts of Vancouver states it all began when a Japanese family checked into the hotel and asked if it was double-booked after seeing the woman. Strange sounds and disembodied footsteps have also been recorded by security cameras. You can read more about it on the Fairmont Guest Stories site. 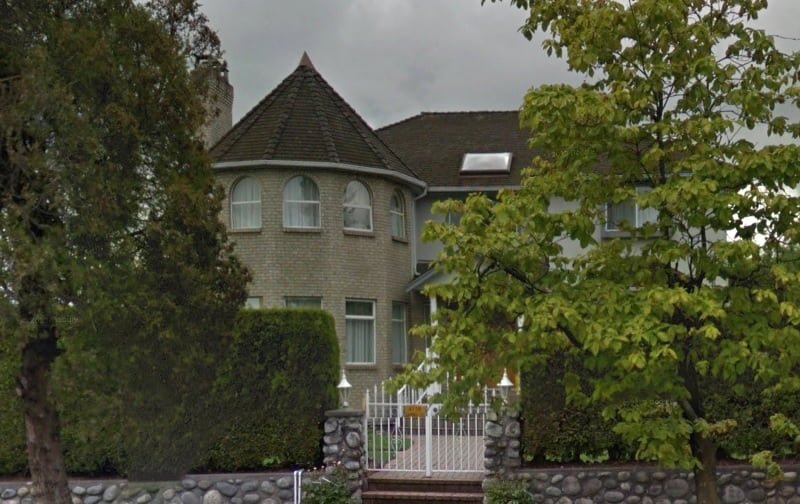 This spot is best known as being one of Vancouver’s most haunted houses. There are some mixed reports about what exactly what went on here, but it’s not for the faint of heart. Some say it was built on an ancient burial ground, while others believe a man murdered his elderly mother inside the home. But one thing is for sure, some strange activity has gone down here.

Anyone who has lived in the home since has reported strange occurrences, including shadowed footsteps walking on the walls, baby cribs being pushed to the edge of the window and luggage being left in the yard. 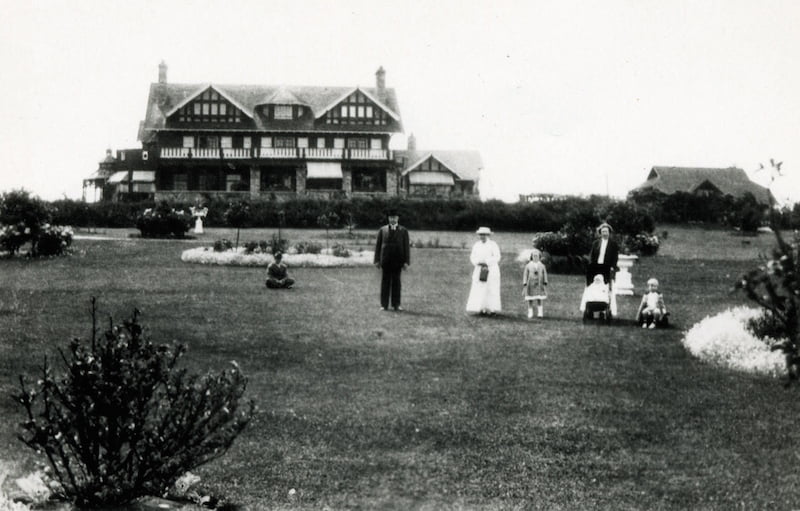 This large 2.5-storey estate house is nestled in Burnaby’s Deer Lake Park. While it’s a popular historical place to visit, it’s also believed to be haunted. It was built back in 1910 and was known as the “Ceperley Home.” Over the years, it was also host to a number of different groups. Including a tuberculosis annex for Vancouver General Hospital, host to a cult known as The Temple of the More Abundant Life, and an unaccredited school that allegedly practiced ritual on students.

At this time, the mansion turned art gallery is said to be home to the ghost of Mrs. Ceperley. Over the years, gallery staff has experienced faint musical sounds, phantom phone calls, chilling presences, and items mysteriously being moved. 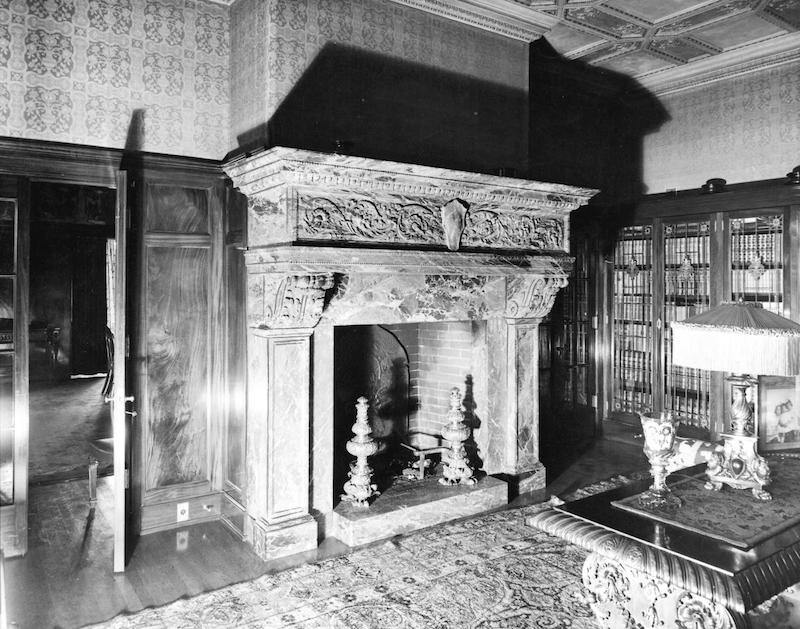 The picturesque and historical Hycroft Manor can be found in the upscale Vancouver neighbourhood of Shaughnessy.

Throughout the years, there have been many instances of paranormal behaviour in the mansion, leading people to believe it is actually haunted. Guests has reported getting cold chills, hearing a child crying on the second floor, and seeing a ghostly female figure walking along the hallways on the third floor.

It’s believed to house seven different ghosts, as it served as a veterans hospital just after WWII. They are said to include a nurse and several veterans. 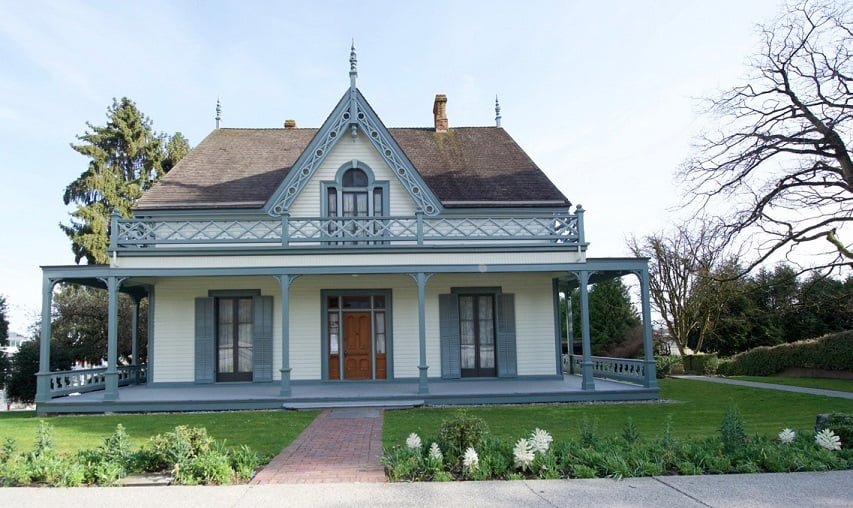 While this quaint house looks charming on the outside, it has a creepy past. Located in New Westminster, the Irving House is built in the Gothic Revival style and hosts much of the original décor, including the bed where William Irving died in 1872.

In the 1950’s, the home was sold to the city and turned into a museum. However, since then there as been reported incidences with the ghost of William. This includes feeling something brush past you on the stairs, sleeping imprints on the bed where he died, and seeing a small blue light in the library window at night. You can book a tour at the Irvng house here. 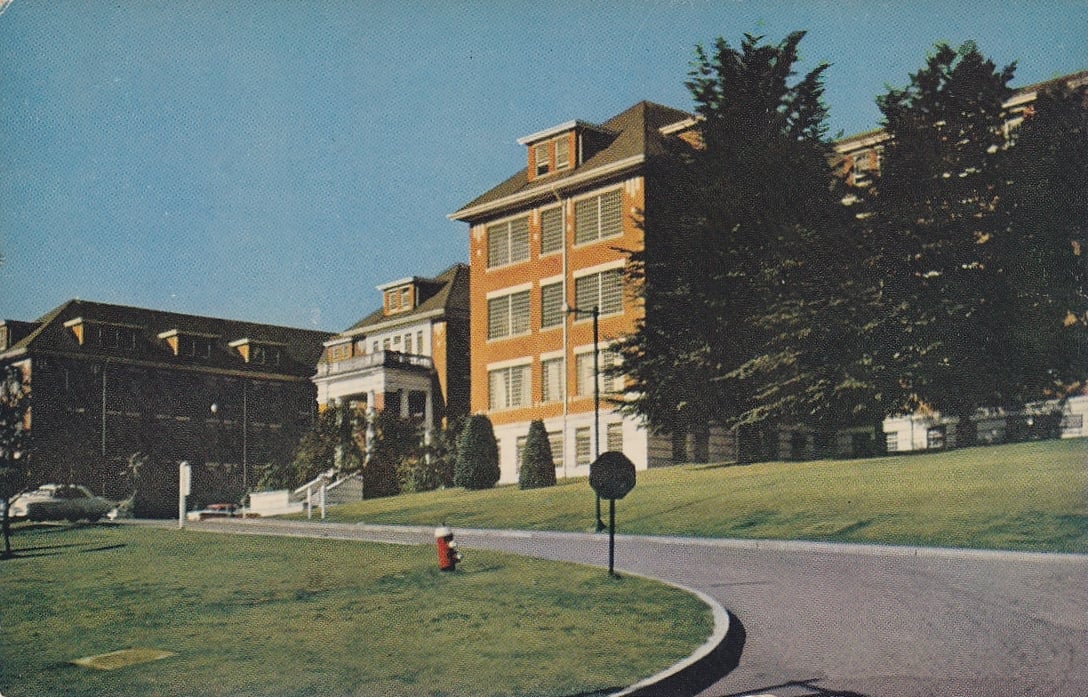 This historic hospital in Coquitlam has an incredibly eerie past. It treated patients dating back to 1913 and it was only just shut down in 2010. It’s one of the most filmed locations in BC and it’s easy to see why. The abandoned building is a creepy place to visit (if you dare).

Back in the day, it housed up to 919 patients, even though the space was only equipped for about 480. There’s been a number of ghost sightings here over the years by a former janitor and others who have roamed through the halls. 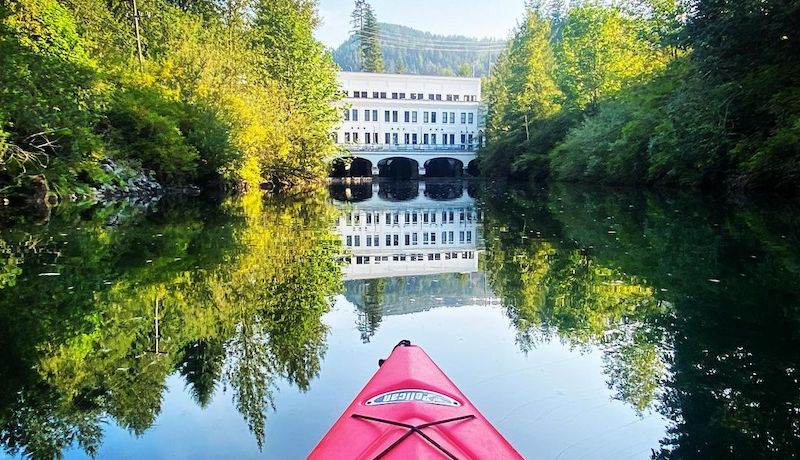 The Vancouver Paranormal Society claims this Mission spot is one of the most haunted places in the Lower Mainland. The powerhouse first opened in 1912 and was decommissioned in 2000. It was later turned into an information centre for tourists to learn more about hydroelectric power.

There have been multiple reports of strange activity here, including chairs moving on their own, whispers, shadows, a dog barking and more. Below is a story from their website, and you can read more here.

“While opening up the Visitor Centre one morning, an employee unlocked the doors, turned off the alarm, and as she made her way inside, heard a man’s voice yell out “hello?” as if asking who was there. She was the only person in the building. At the end of the night, after all the visitors are gone, tour guides have heard what sounds like families laughing and enjoying the exhibits. Sometimes the displays will even start working on their own.” 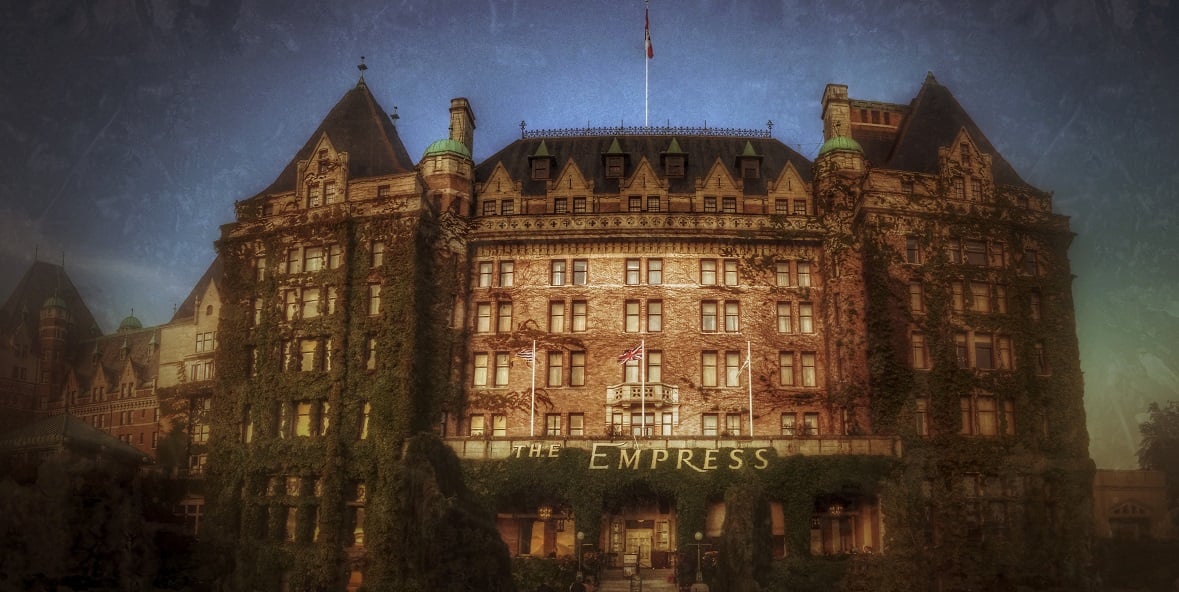 Visitors have reported seeing a variety of ghosts here, including an elderly woman who knocks on doors and gets them to follow her to the elevator and then vanishes. There’s also a man’s spirit who is often seen wandering the halls who is thought to be the building’s architect.

For more cool places to check out in and around Vancouver, check out our Travel & Outdoors section.