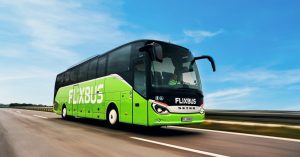 With the rising cost of gas prices, many will be relieved to hear there will be an affordable transportation system between Vancouver and Seattle. FlixBus has announced a new route between the two cities with one-way fares starting at $18.

FlixBus is the company that purchased Greyhound in 2021. According to a press release, it hopes to fill the void created by the cancellation of other cross-border connections during the COVID-19 pandemic.

“Let’s not let high gas prices get in the way of the vacations we all deserve,” said FlixBus North America managing director Pierre Gourdain. “Never has it been so easy and affordable to bridge borders between the most beautiful cities in the Pacific Northwest.”

The new cross-border route was planning to launch May 26, but hit a short delay. However, the new route officially kicked off on June 2.

It will operate five days a week from Thursday to Monday.

FlixBus buses will leave Vancouver from Richards Street near Waterfront Station at 12:45 p.m. and arrive in Seattle around 4 p.m.

The Canada bound buses will leave Seattle at 7:30 a.m. with scheduled stops in Everett, Bellingham, and at Pacific Central Station near Vancouver’s Main Street-Science World SkyTrain station before ending its trip at Richards Street at approximately 11:30 a.m.

The cross-border route will be operated by MTRWestern Inc. Each passenger will have access to free Wi-Fi and power outlets at every seat.

Amtrak has also announced plans to resume service between the two cities this Spring, but is currently facing delays due to staff shortages.