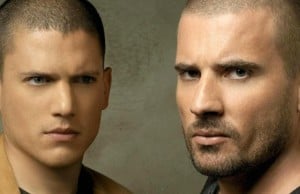 Talk and speculation is over. The Prison Break legacy continues and is returning to FOX for a special 9-episode revival season. Spoiler alert: Michael isn’t dead, he’s just in a Yemen prison for faking his death while Sara raises their child with her new husband. Drama right?

Wentworth Miller and Dominic Purcell reprise their roles as the Scofield brothers; they also co-star on DC’s Legends of Tomorrow which is also filmed in Vancouver. They go from super powers to super jail as soon as the CW hit wraps up filming this spring. Sarah Wayne Callies returns as Dr. Sara Tancredi and shares the screen with new cast member Mark Feuerstein who plays her husband.

Fan favourite characters like Sucre (Amaury Nolasco), T-Bag (Robert Knepper) and C-Note (Rockmond Dunbar) return to complete the gang and help break Michael out of prison, again. Paul Kellerman (Paul Adelstein), the once Secret Service agent-now-Congressman was also announced for a return. There will also be a dynamic group of new inmates for more prison-breaking action and drama.

Prison Break is expected to start shooting its season around Vancouver this April. The continuation of the series was formally announced in January and is expected to air during the 2016-17 television season. The series ran 4 seasons from 2006 – 2009 and also had a ‘standalone feature’ which took place before the last scene of the series finale.

Speculation over the continuation of the story and cast started in the summer of 2015 after reports of a ‘revival’ season being in development at FOX. In addition to much of the original cast returning, the original producing team is also running the Prison Break revival season.

FOX’s tenth season of The X-Files, another limited series revival, was also filmed in Vancouver and aired early 2016.