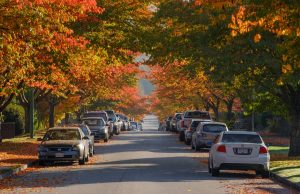 The Vancouver Mayor has officially killed the proposed parking plan in Vancouver for overnight residential cars and guests.

Earlier this year, the City of Vancouver proposed to reduce pollution in the city by targeting drivers. The suggested program was aimed at charging residential cars up to $45 a year for overnight parking and $3 for their guests.

However, it was confirmed on Wednesday that the “Climate Emergency Parking Program” has now been kicked to the curb and will not proceed.

RELATED: East Vancouver Home Sells $500,000 Over Asking and Here’s A Look Inside

On October 6, Vancouver Mayor Kennedy Stewart took the deciding vote on the proposed permit plan to allow car owners to park their vehicles overnight on city streets. The program, that was originally created by staff with the majority of council’s request, fell short with a 6-5 vote.

The program was part of the larger Climate Emergency plan that council unanimously voted in favour of in November 2020, directing staff to come up with ways for the city to cut greenhouse gas emissions by 50 per cent by 2030.

Residents would have been required to obtain an overnight permit. It would cost $45+ per year and be required for parking from 10 PM to 7 AM on all residential streets and lanes. Signs were going to be denoted in these areas saying “No parking except residents of this block.”

In addition, visitors would have had to pay $3 if they want to park overnight in those areas. 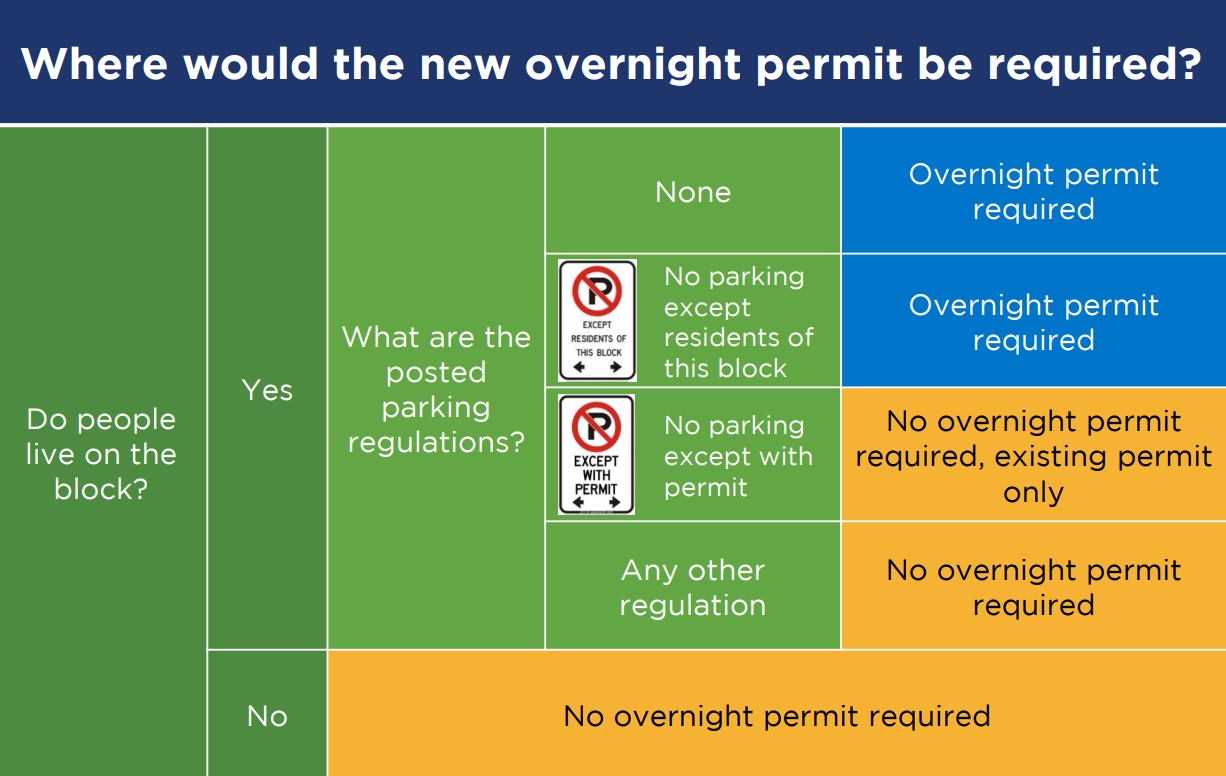 In addition to the parking permits, an additional charge has also been discussed. Vancouverites who own a 2023 or newer “high-polluting” vehicle could be charged up to $1,000 per year via a parking permit.

2023 or newer vehicles deemed “moderately polluting” would cost $500 for the same parking permit. Electric and “low polluting” new vehicles would be exempt, as would be 2022 models or older or specialized vehicles for wheelchairs.

It’s not clear if this pollution plan would still proceed at this stage.

As always, there are some that agree and disagree with the decision.

While the issue of climate control is an ongoing concern, many are actually arguing that the parking plan was not going to solve the issue itself and had “holes” in it.

It was not a good plan, that’s why it got voted down. There needs to be a more equitable way to tax people with vehicles than based on street parking permits. And I don’t know that there was enough data to indicate it would have “significantly reduced vehicle emissions”

I pay a permit to park on my street during the day, I would now have to pay more to park my efficient gas powered car overnight because I don’t have/can’t afford a garage, but my neighbour can park his 3 gas guzzling SUV in his garage for free ?

Am I reading this right ?

One issue with this scenario was that it was only going to affect ppl parking on the street overnight, so homeowners are likely parking in their garage. But basement suite renters would be paying the new tax. It’s not equitable.

While the overnight parking plan is done, Vancouverites can look towards the next proposal that may be in the works to tackle emissions issues.